Adham Faramawy (b. 1981, Dubai) is an artist of Egyptian descent based in London. Their work spans media including moving image, sculptural installation and print, engaging and using technology to discuss issues of materiality, touch, and (toxic) embodiment to question ideas of the natural in relation to marginalised communities. They are the 2017 Jarman Award recipient and their video works have been included in screening events such as Flatness, at Oberhausen Film Festival, Syndrome of a Decade, Ikono Film Festival, Diamond Dust- A shifting grammar of originality, Circa Projects, Edinburgh Arts Festival and 21st Century Pop at the ICA, London touring to Turner Contemporary, Margate, MK, Milton Keynes, Cornerhouse, Manchester and Tramway in Glasgow. Solo exhibitions include Janus Collapse (the juice box edition), The Bluecoat, Liverpool, and Hydra, Cell Projects, London. Group exhibitions include 'Virtually Real,' The Royal Academy, London, 'I’m here but you’ve gone,' Fiorucci Art Trust, London, and 'Half Abstract,' DRAF, London. 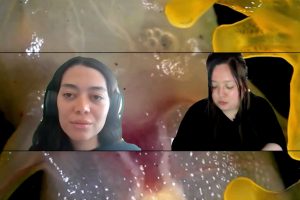 “From the Artists Mouth: LOOP” 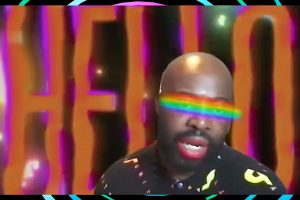 “Opening of LOOP and Portals ” 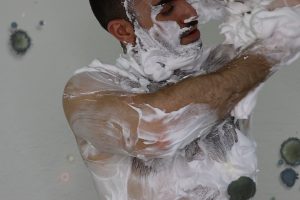 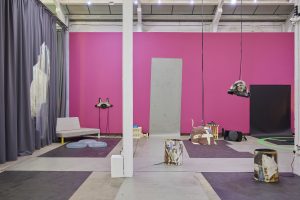 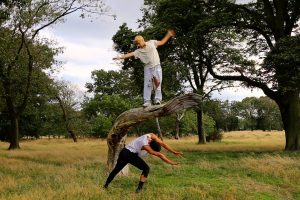 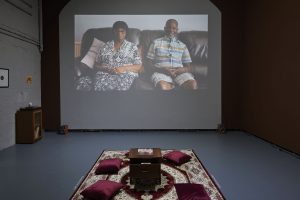 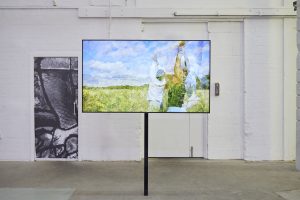 “LOOP, From the Artists Mouth” 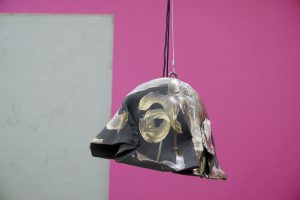 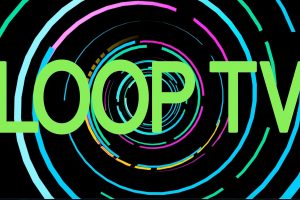 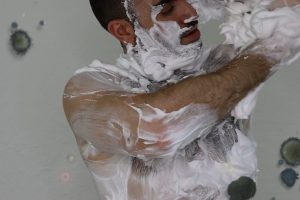