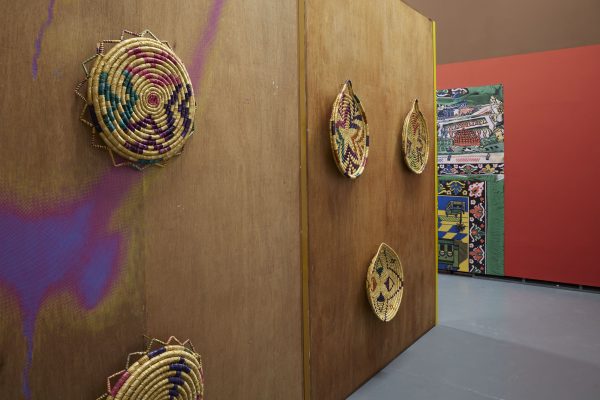 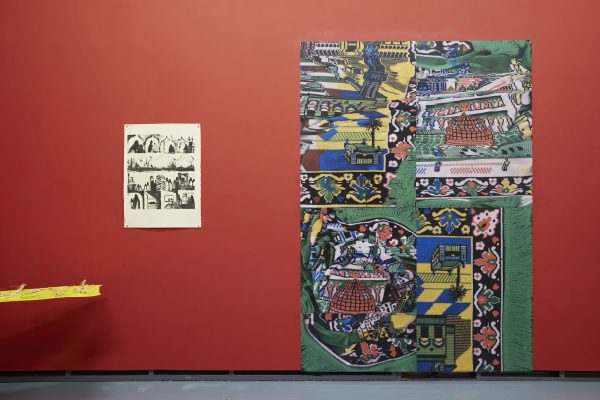 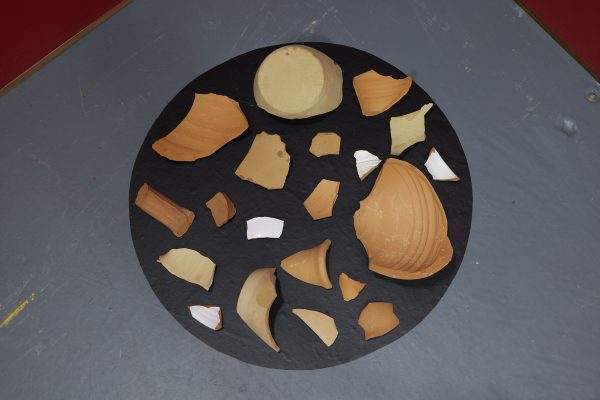 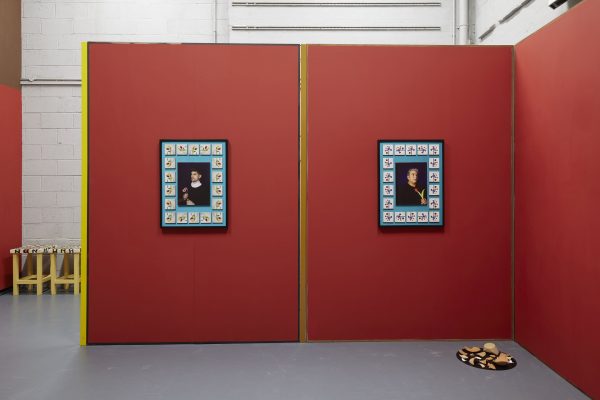 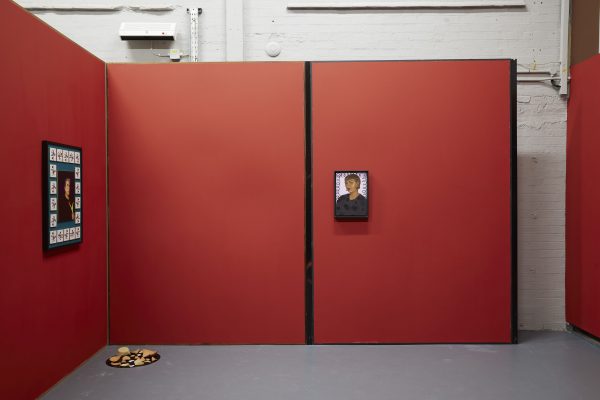 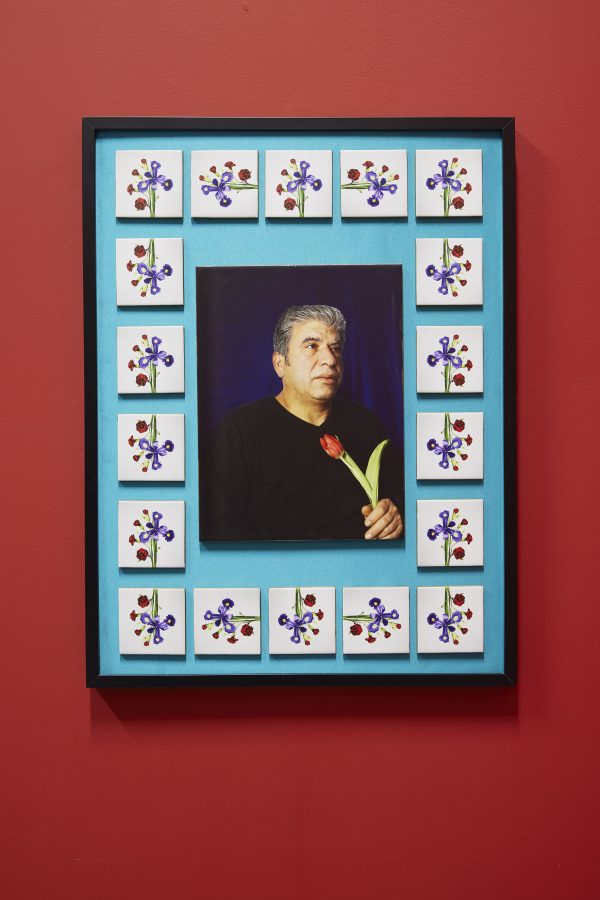 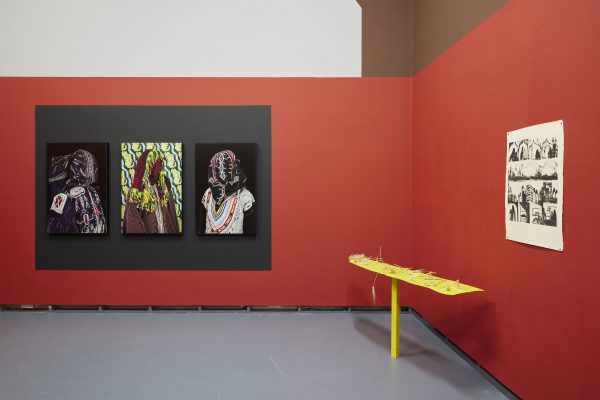 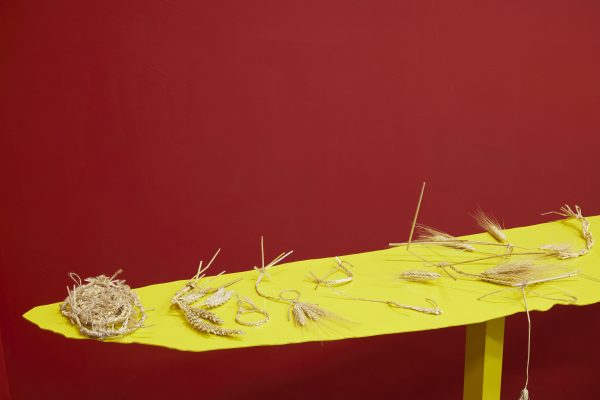 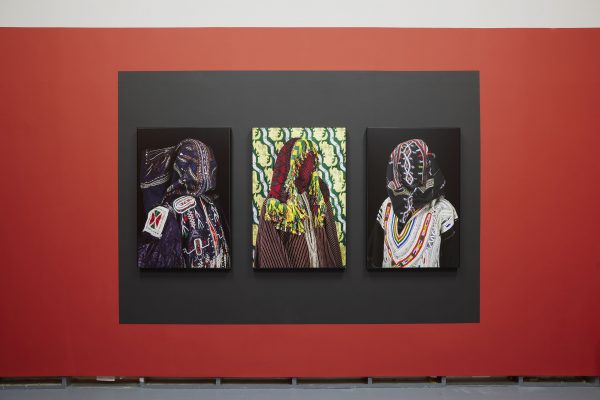 Yas has invited four artists into the second gallery for Woven Tongue at Eastside Projects as part of their Artist-Curator traineeship.

Each artist reflects Yas’ heritage – Turkish Cypriot, Pakistani, Welsh and Yemeni. Each of these artists, while being contemporary, use imagery and techniques which are traditional – printmaking, classical painting, imagery of Islam and veiling – for example. The curator wanted to draw on the similarities between these four backgrounds. One of the similarities being a craft culture using straw and plaiting to make decorative, useful objects.  Yas learnt that Straw Working is an endangered craft within the UK, listed on the craft councils ‘red list.’ Yas is learning how to straw plait to make sculptures which they will eventually gift to the artists and are also visible in the exhibition space itself. During this process, Yas has become a member of the Guild of Straw Craftsmen.

This exhibition will bring to attention the historical suppression by the British Colonial government of cultures and language within the places the artists represent, as well as the contemporary involvement of Britain within these countries. Yas is also aware that the idea of being ‘mixed’ is racial/biological essentialism and perverts the true nature of being human. What being ‘mixed’ really means is an existence because of colonial legacies and trauma, but also, importantly, because of migration, love and sex between people from different places.  Yas describes this show as autoethnographic.

Alia is a Yemeni-Bosnian-US multi-media artist. Working between photography, video, and installation, Ali’s work addresses the politicization of the body, histories of colonization, imperialism, sexism, and racism through projects that take pattern and textile as their primary motif.

Aqsa is a London based Pakistani fine art printmaking graduate from the University of Brighton. Aqsa’s work is fueled by their lived experience; growing up in western society while being raised within a strict Muslim household. Through making, they explore the barriers between these two cultures.  Themes of religion and spirituality are prevalent throughout their work, while the undercurrent is childhood memory. Their mother tragically passed away when Aqsa was a young teenager, and making work is a cathartic way through their past, as well as their present moments of feeling most hopeless. Aqsa creates a visual language, where representations of displacement, isolation and identity can coexist.

Seren Morgan Jones
Seren was born in Aberystwyth, Wales. She graduated from Central Saint Martins College of Art, University of the Arts London. Women are a central theme in Seren’s work and she strives to create images using elements of classical painterly language, with a subtle contemporary, feminist twist.

Sevven Kucuk
Sevven is an interdisciplinary artist that lives and works in Birmingham. Her practice takes form using predominately photographic mediums. The aesthetic of her works are heavily influenced by pre-contemporary art, in particular, the symbolism involved with vanitas, memento mori, Dutch still life and the work of the Pre-Raphaelite brotherhood. The ideologies focus on linking mortality and memory into narratives, using her own experiences and cultural differences to sculpt themselves into the product of her works. 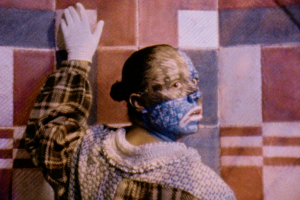