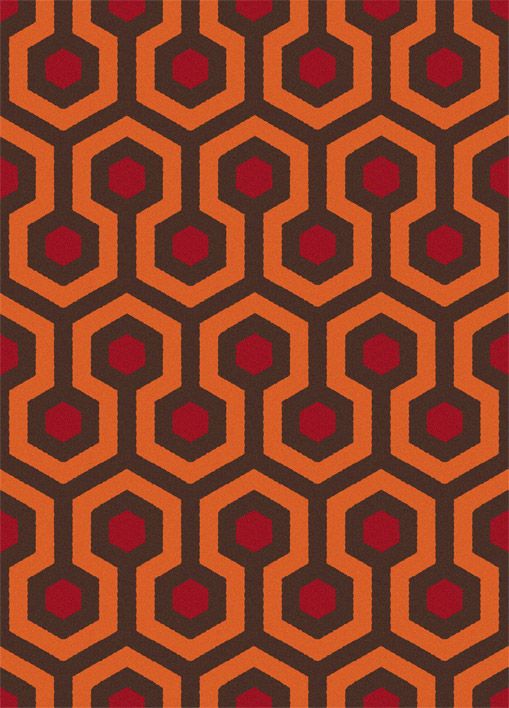 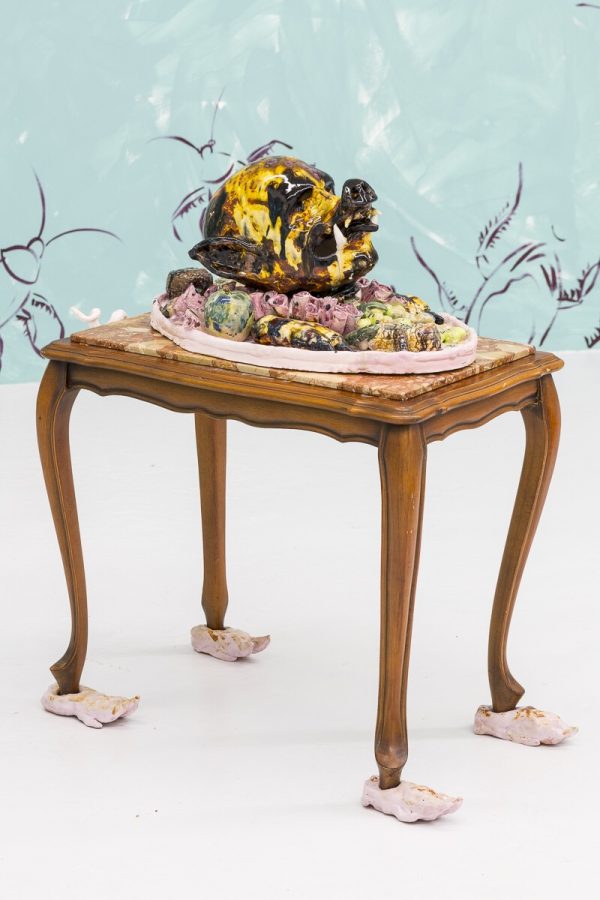 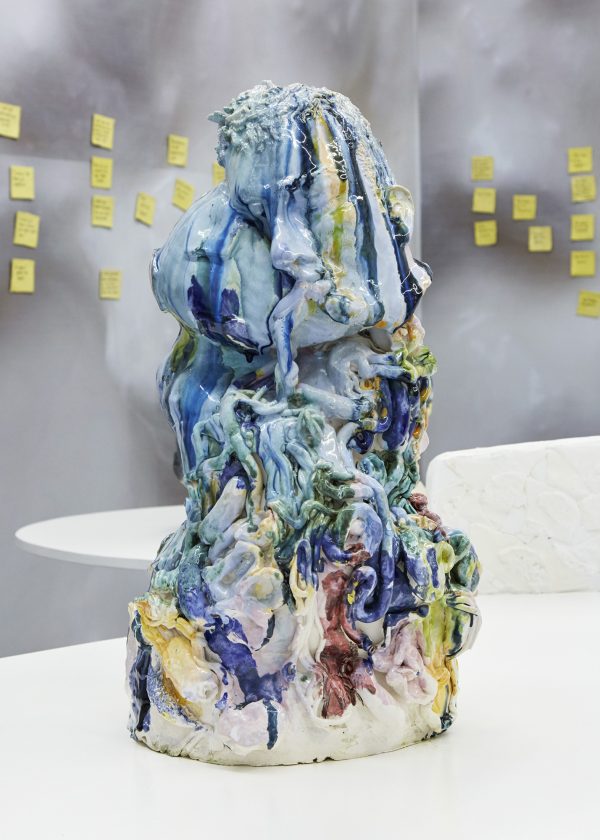 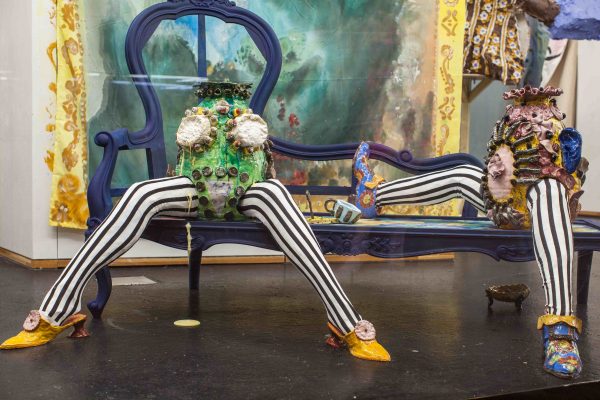 Lindsey Mendick is the first of our Extra Ordinary People solo shows this year with an installation of video, ceramics and miniatures, exploring three intertwining stories of female ‘histrionics’, depression and Russian spies.

The artist’s point of departure is the 1892 short story The Yellow Wallpaper by Charlotte Perkins Gilman. In the novella, a young mother with postnatal depression is haunted by the garish yellow wallpaper that appears to mutate from the walls of the room she is convalescing in. At night, the wallpaper feeds into her psyche, it’s fiendish pattern torturing and deceiving her, whilst her seclusion slowly drives her into hysterical madness. The gothic short story is a feminist exploration in attitudes towards female mental health and the inherent horror of the domestic.

At 18 years old Mendick had a nervous breakdown, which resulted in her quitting art school and professionally taking to her bed in her parent’s house on a North London estate. Agoraphobic and totally insomniac, one night the artist looked out of her window and saw six men in black, pacing the cul-de-sac on walkie talkies. She was utterly terrified. The next day she told her mother, but because of her daughters mental state, she found it impossible to believe. Days later the news broke that their neighbour had been the Russian spy Alexander Litvinenko, and he had been poisoned.

Mendick’s solo show delves into these parallel stories to create a multifaceted installation, an immersive environment, where here period of convalescence come to life with ghostly ceramics, crawling and sprawling into the gallery space

Lindsey Mendick’s practice explores the paradox that women her age can feel, growing up in a society where gender is rapidly evolving whilst having been instilled with traditional gender stereotypes by those who raised us. She has recently been part of Survey, Jerwood Projects, travelling to G39, Bluecoat, and Baltic, and her solo shows include The Ex Files, Castor Projects, London, 2019 and Regrets, I’ve Had A Few, 2019, Space, Ilford. 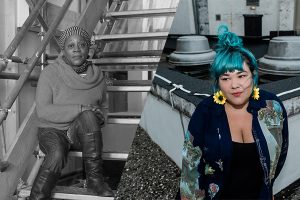