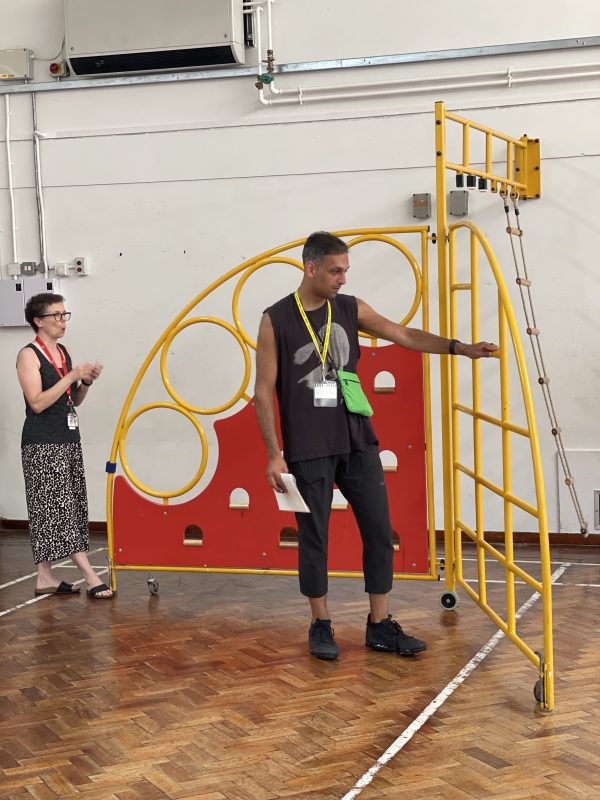 Sonic Signals, 2022/2023, is a proposal for a new form of educational infrastructure; conflating and connecting multiple sites: an outdoor classroom – a DIY bandstand, and a pirate radio transmission.

Responding to the particularities of working with Eastside Projects and Chandos Primary School, this site-sensitive concept postulates a new kind of relationship between the two organisations. With the idea being to create a channel of transmission, which can send audio from the school into the gallery space, where the signals received will be played openly for the public to hear.

How the students engage with the above resource is completely up to them and Abbas will work across different year groups in the upcoming terms to develop this idea alongside the Eastside Projects and other local partners who can help to provide the necessary infrastructure and support.

On a practical level, we are developing a radio transmission setup that can broadcast sound from Chandos Primary School into Eastside Projects’ gallery space with a specially located receiver and playback mechanism in the latter, which is accessible to the public. As this is being implemented, Abbas will develop a series of formats for gatherings and assemblies, which are led by the students and will generate audio transmissions from the school to the gallery. This resource will also be available for other staff and practitioners to use for their own projects and workshops.

The broadcast will go live in the gallery in Summer 2023. Students will also be assisted and encouraged to take their friends and family to the gallery and host listening sessions outside of school hours from the ‘other side’.

Abbas will be working across the next year with Eastside Projects and Chandos Primary School as an Incidental Artist.

Abbas Zahedi (b. 1984, London, UK), studied medicine at University College London, before completing his MA in Contemporary Photography: Practices and Philosophies at Central Saint Martins in 2019. He blends contemporary philosophy, poetics, and social dynamics with performative and new-media modes. With an emphasis on how personal and collective histories interweave, Abbas makes connections whenever possible with people involved in the particular situations upon which he focuses. He lives and works in London.

Chandos is a giant primary school located in Highgate. We have many teachers, dinner ladies, teacher assistants, and the one and only Mr Allan our Headteacher. Our Art teacher is Mrs Howarth, her real name is Lezli.

Chandos School is part of the Elliott Foundation Academy Trust. There are eight year groups including reception and nursery.

Chandos School is on Vaughton St in Highgate. It is one street away from my house, near the Central Mosque, near St Albans Church, in Birmingham, West Midlands, Europe, Earth. Our postcode is B12 0YN.

Not all people are the same, there are different people and friends. Chandos is international and multicultural with different races and languages. We are kind. We care about other people. It is friendly and lovely and is a good environment. 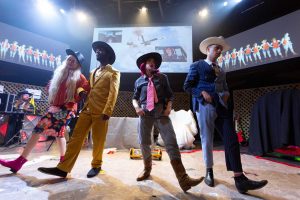 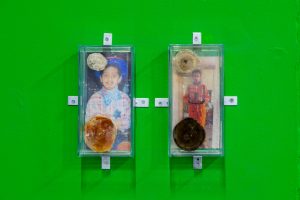 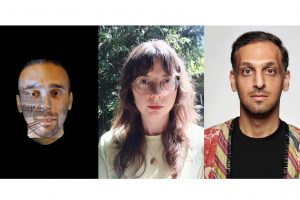