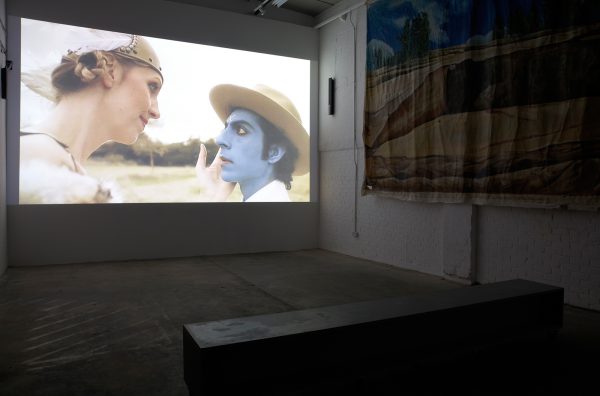 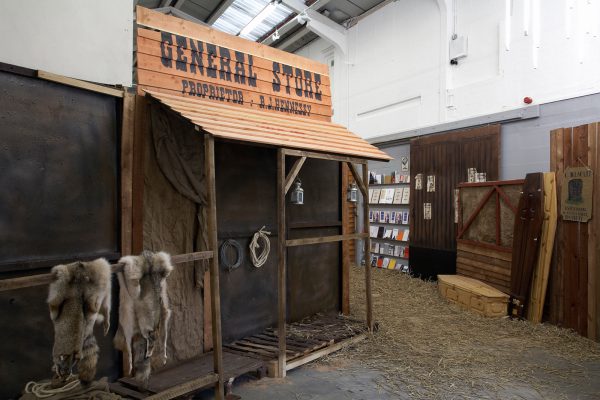 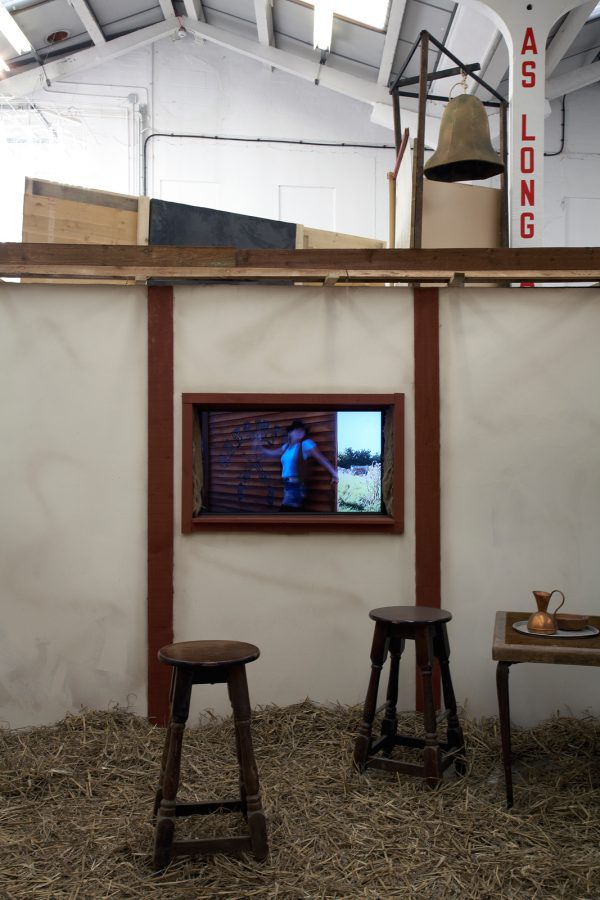 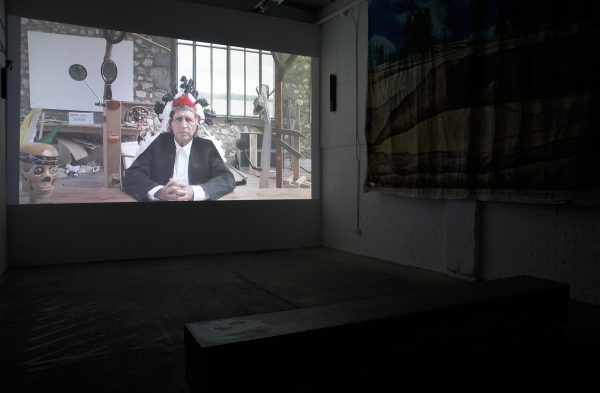 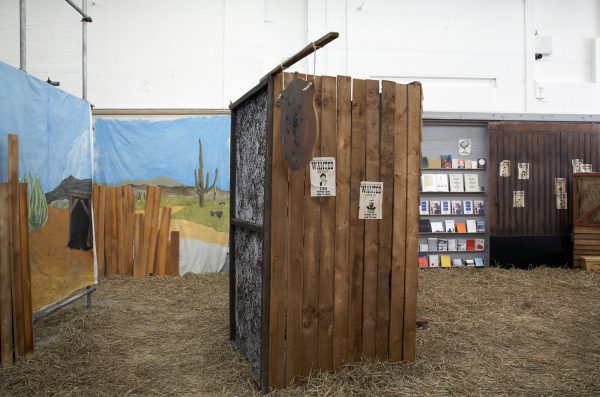 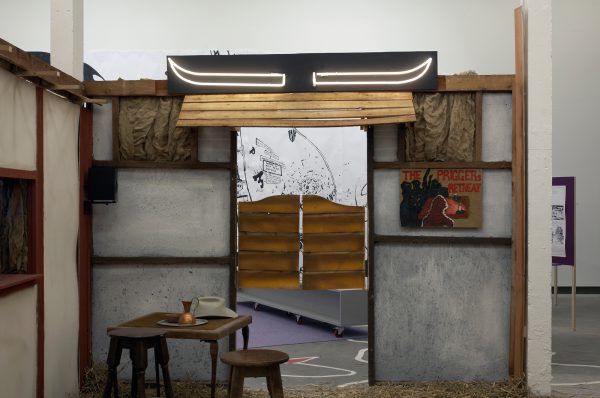 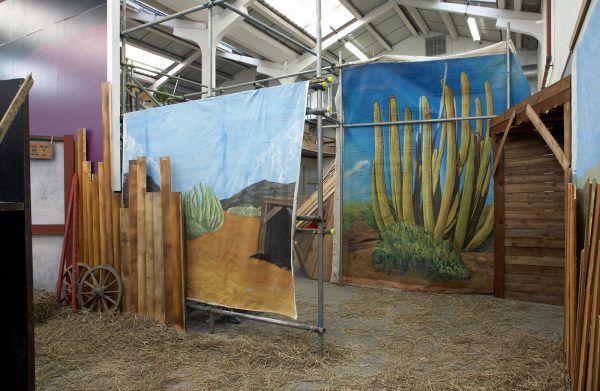 Feature uses a hands-on approach to exploring the slippage between live performance and cinematic representation resulting in an unpredictable narrative. Like much of Dawood’s work, Feature engages with mythologies, (in)authenticity, multiple authorship and intercultural interpretations.

Filmed as a series of live performances linked by an overarching narrative of The Battle of Little Big Horn, perhaps the most famous war between the US Federal Government and Native Americans, this re-enactment departs from a traditional or revisionist interpretation. It takes on Billy the Krishna (a merging of Billy the Kid and Hinduism’s Lord Krishna, played by Dawood himself), a Valkyrie opera singer and dead cowboys reawakening as zombies. Including a mystical vision (a reference to the early ‘mystery plays’) the film deconstructs the Western film genre as Dawood interweaves other fictional and factual characters. 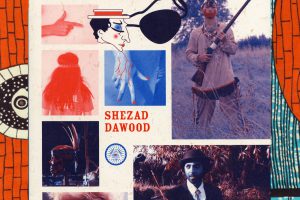