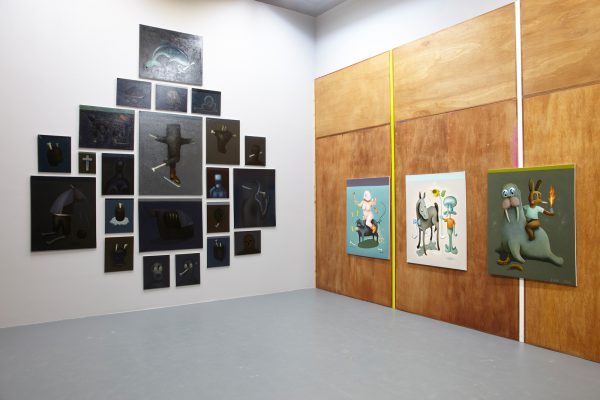 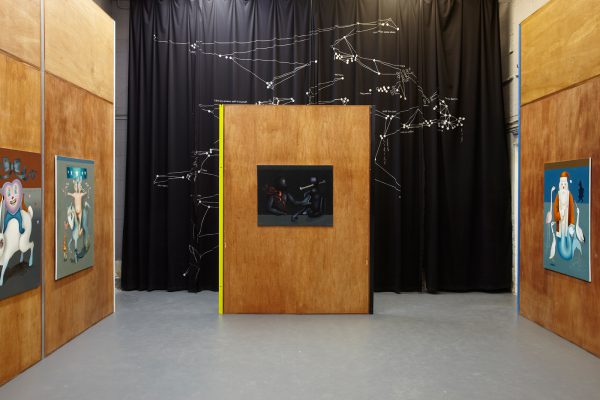 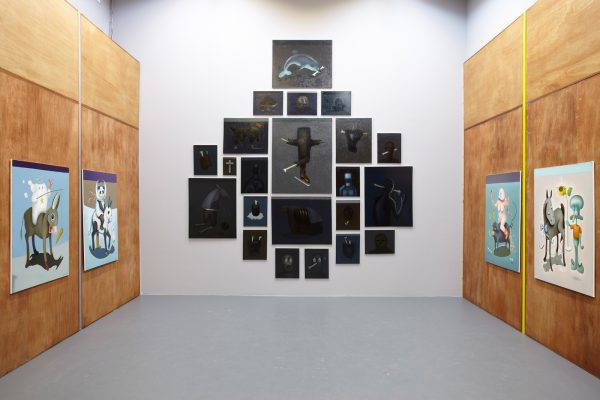 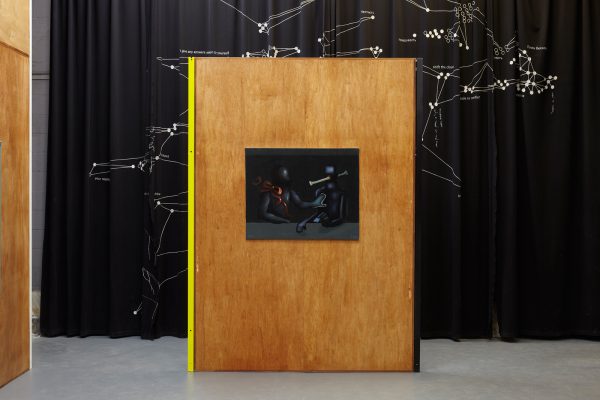 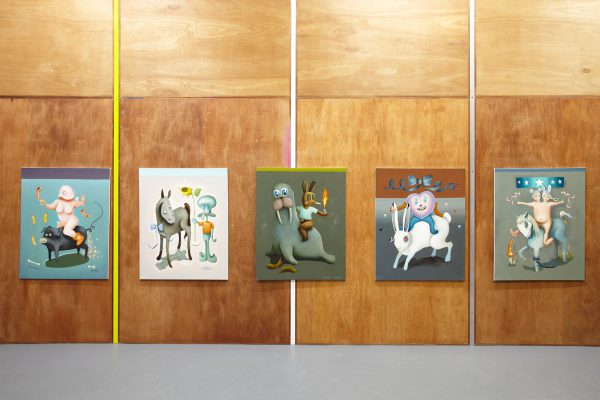 Produced in his grotto-like flat in Old Hill, Zar’s new paintings return to themes that loop through his work: religion, sexuality, oppression, ageing and unrequited love. Two new series of paintings mark a departure for Zar from the cartoonish light of his previous characters introducing a formal and thematic darkness that, offset by his absurdist sense of humour, creates contradictory and unsettling works.

Zar sees what he paints as, “a pretext to produce another line of horizon” and ‘Crucifixion / Black Christ’ and ‘The Hunger’ draw on a complex cultural and artistic history encompassing what he sees as a cult of suffering, deeply rooted in the human condition. They carry echoes of the trauma of twentieth century European histories and the misery resulting from conflicts that riddle contemporary international politics. 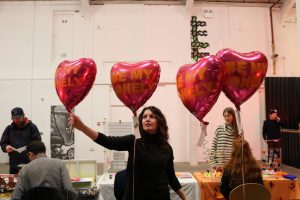 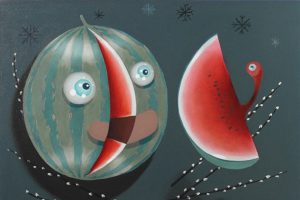