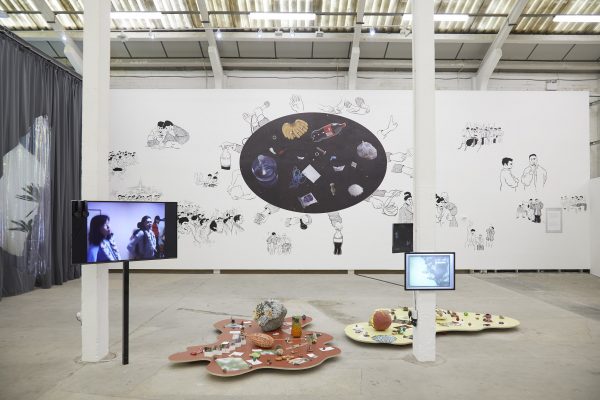 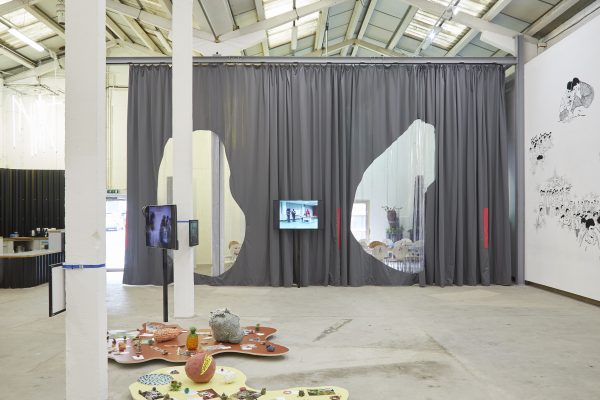 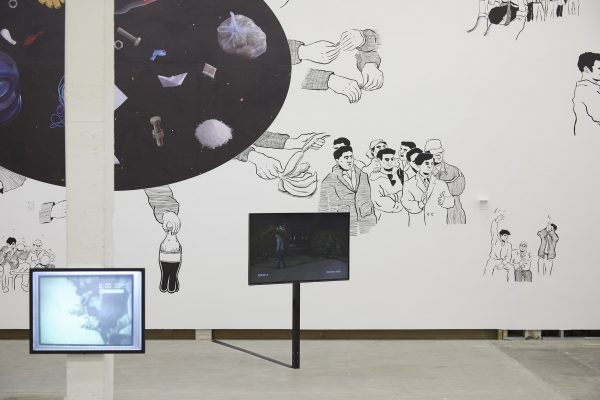 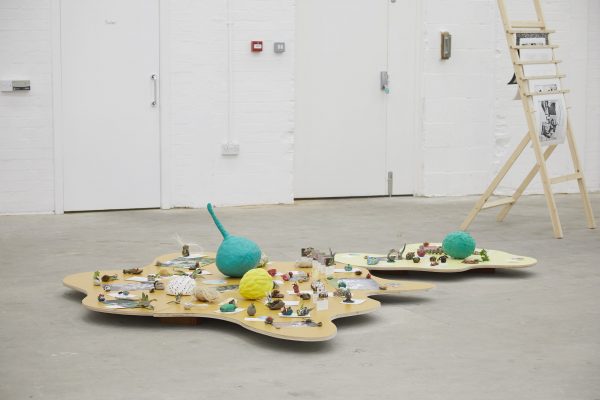 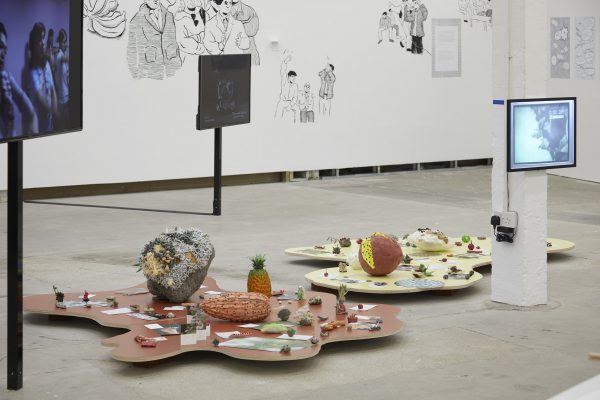 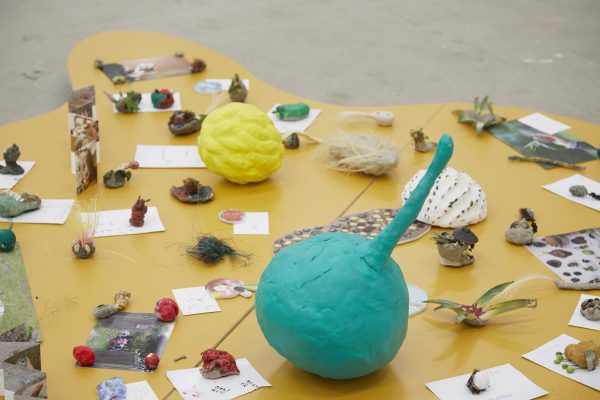 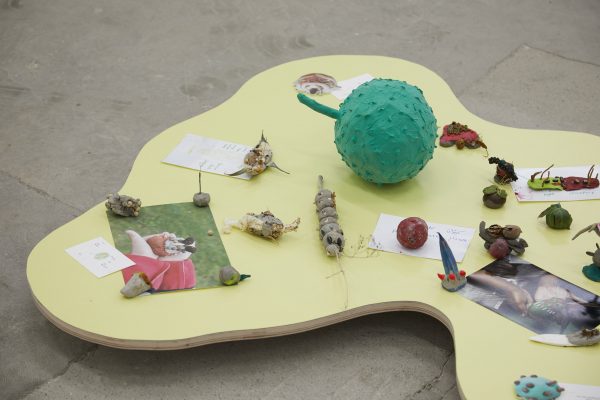 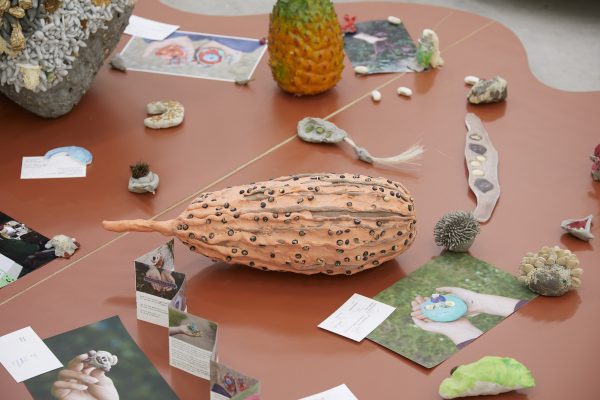 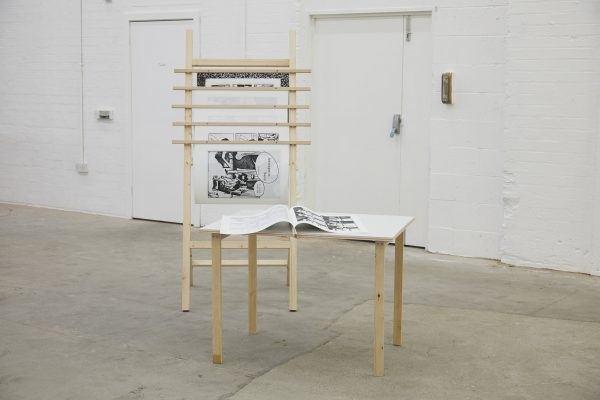 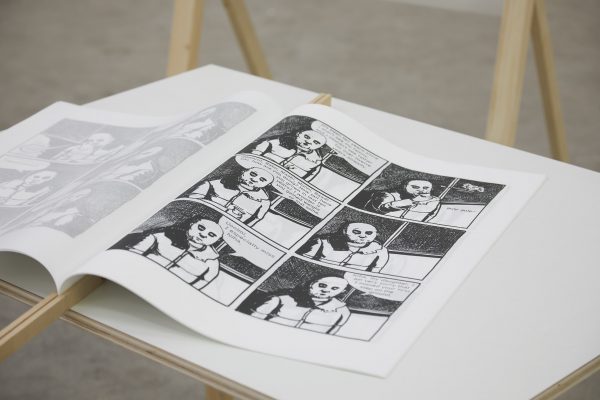 Simply wondering about fruits, lost memories, ultimate sensations, irrational feelings, mixrice have many stories to tell. We invite you to their world of Migrating Flavours.

mixrice is an art collective led by Seoul based artists Cho Ji Eun (b.1975) and Yang Chul Mo (b.1977). Their work encompasses photography, video, animation, wall painting and festival organization, and is often produced in collaboration with migrant communities. mixrice focus on the traces and process of migration, what they describe as ‘skin sense’ – embodied, felt memories, tastes and sensations of place, which displaced individuals carry with them.

Since 2006, mixrice have been working in collaboration with a collective of illegal migrant workers based in the Maseok Factory Complex outside Seoul. The artists brought traces of their experiences in Seoul to Eastside Projects as video works and wall paintings, whilst also building connections with refugee and asylum seeker communities in Birmingham. In doing so they looked for the common ground between these contexts – two different ideas of what freedom might look like.

Whilst in residence in Birmingham, mixrice produced the second iteration of their project mixfruit. Working with migrant and refugee groups including the Birch Network meet and greet and Kushinga Garden, a project that brings together migrants, refugees and community gardeners in Bournville, mix rice led a series of workshops which asked participants to share memories of the sight, smell and taste of fruits from home, and to recreate these using coloured clay, drawing, writing, and the flesh of other fruits. The outcomes of these workshops, and others held across Birmingham, formed part of the exhibition at Eastside Projects.

‘Migrating Flavours’ was part of the Midlands Korea Season, led by New Art Exchange and Eastside Projects. The MKS created a platform for contemporary visual arts from Korea, with a focus on artists who explore issues of migration, borders, and displacement.

The exhibition was part of Korea/UK 2017-18, a national celebration of British and Korean art and culture funded by Arts Council England and Arts Council Korea and was also supported by the Korean Cultural Centre UK. 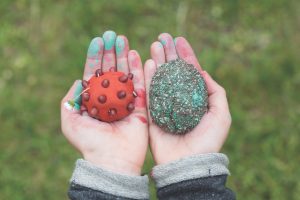