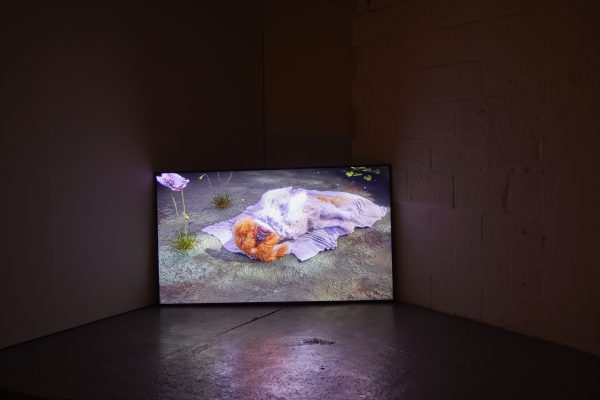 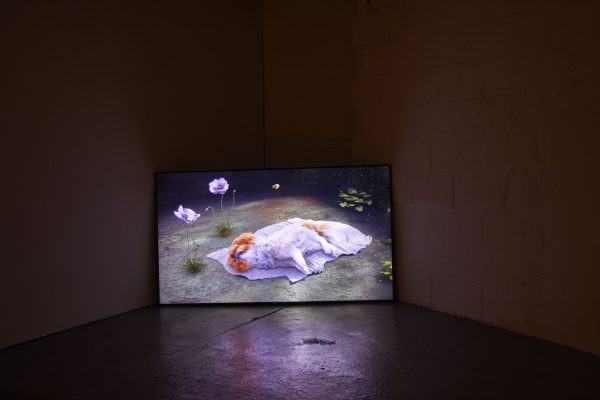 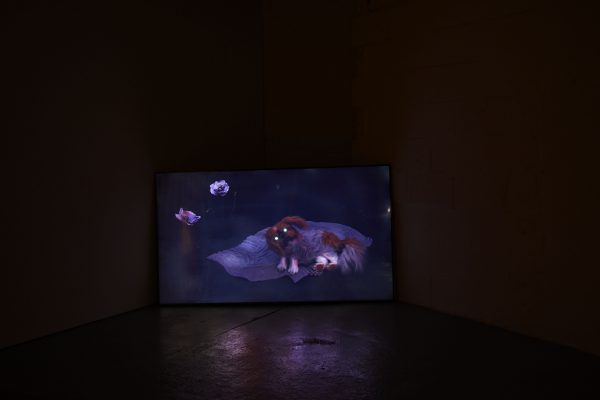 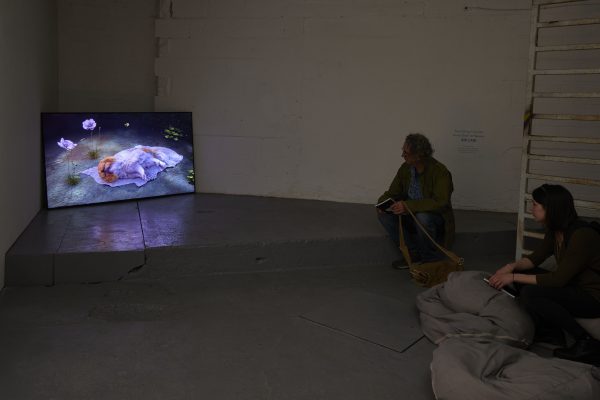 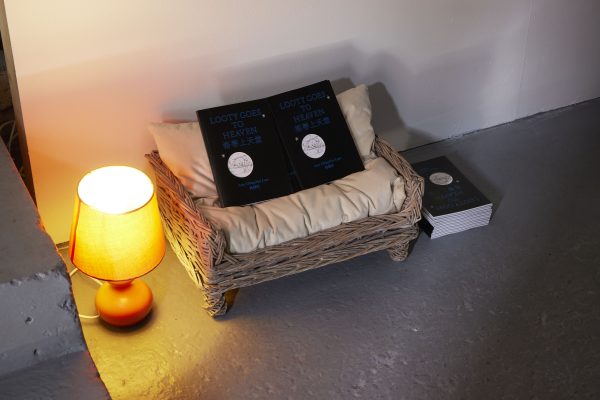 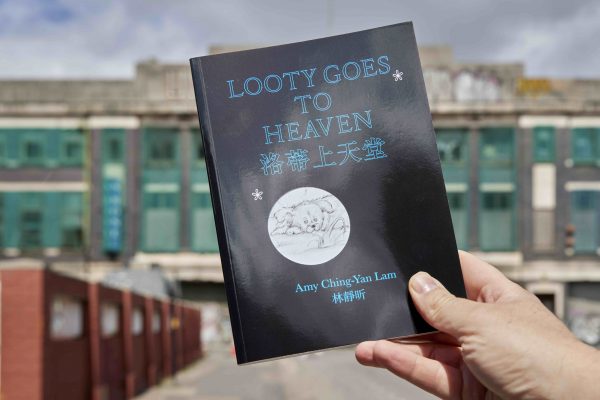 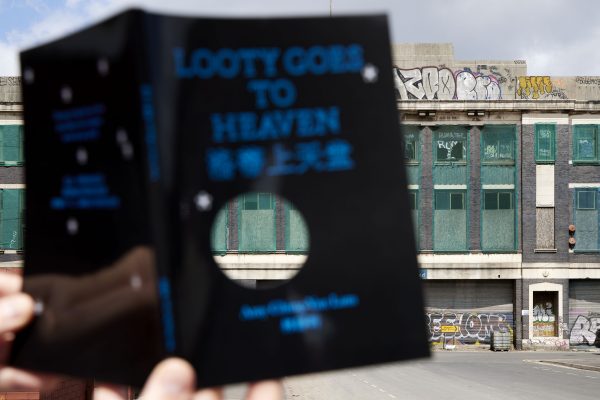 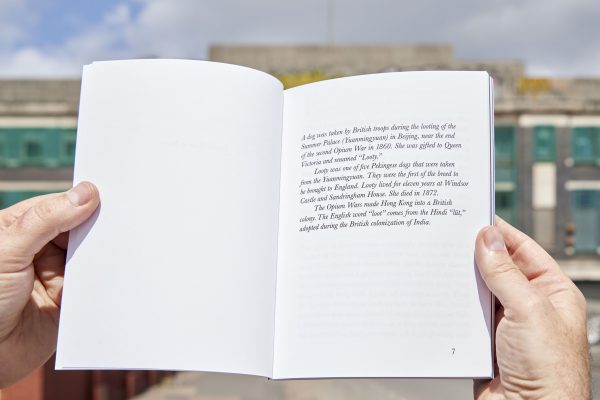 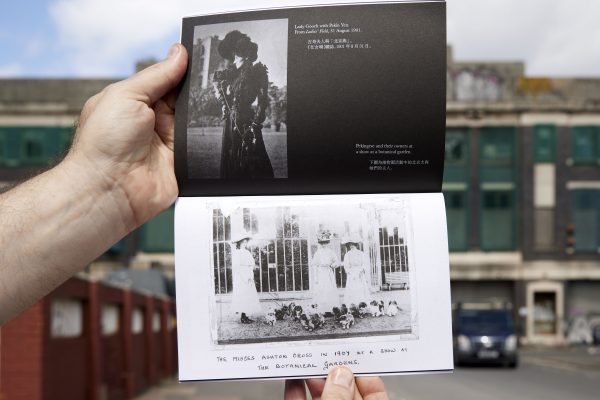 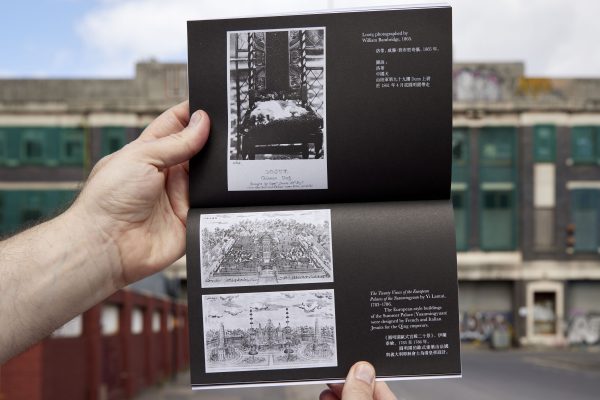 A small Pekingese dog was taken from China at the end of the Second Opium War by British troops, brought to England, and gifted to Queen Victoria. This dog was renamed Looty, after the activity of “looting,” in reference to how the dog was found during the looting of the Summer Palace (Yuanmingyuan) outside of Beijing. Looty lived for twelve years at the British royal palaces and died in 1872. It is not known where she was buried.

Amy Ching-Yan Lam revives Looty’s story in the context of Birmingham, which is the current site of Crufts, the largest dog show in the world, as well as the home of Ty-phoo tea, a brand named after the Chinese word for doctor. The colonial trades of tea and opium were closely linked and directly led to the Opium Wars, and the arrival of Pekingese dogs in England informed by new trends in dog breeding and eugenics. For close to fifty years, Pekingese dogs were the most popular breed of toy dog in England.

Looty Goes to Heaven takes the form of an animation, a speculative fiction, and a poppy meadow, presented in the area of Digbeth. The looping animation, made in collaboration with artist Emerson Maxwell, shows Looty in a state of eternal rest on screens in Digbeth and Victoria Square. The speculative fiction book, available in English and Traditional Chinese, imagines what Looty’s life and afterlife may have been like. The book is available for free at Eastside Projects and other screening sites.

The meadow, to be planted after the Games end, is a legacy project that will feature varieties of papaver somniferum (opium poppy) alongside a wildflower meadow. A small version of this meadow will grow this summer at the Digbeth Community Garden.

In the event of rain, this event will take place at Eastside Projects.

Alongside projects by Rajni Perera, Jon McCurley and Thenjiwe Niki Nkosi, Amy’s project is part of our programme for Birmingham 2022 Festival. This programme is supported by the Heritage Lottery Fund, Arts Council England, Canada House and Canada Council for the Arts.

Download the PDF of Looty Goes to Heaven 洛蒂上天堂

Amy Ching-Yan Lam is an artist and writer. She has exhibited conceptual, film, and performance works internationally, both solo and as part of the collective Life of a Craphead. Her work approaches histories, personal and communal, via intuition and necessity. Lam will have a major solo exhibition at the Richmond Art Gallery, Canada, in 2023. Her poetry chapbook titled The Four Onions was published by yolkless press (2021) and her first full-length collection is forthcoming with Brick Books in 2023. She lives in Toronto (Canada), which is Mississauga Anishinaabeg territory. Lam was born in Hong Kong, which became a British colony as a result of the Opium Wars. 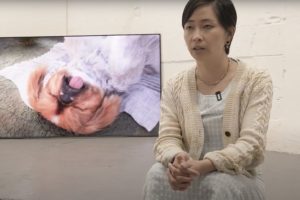 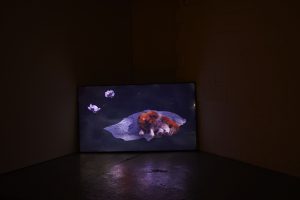 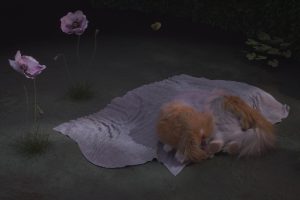 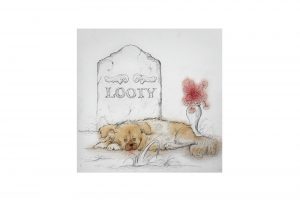 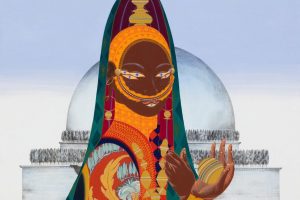 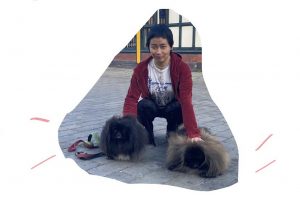