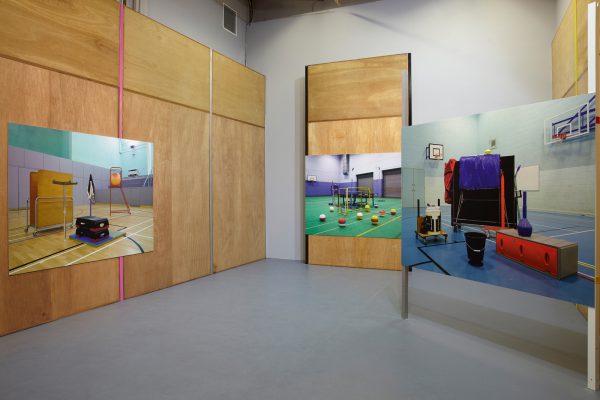 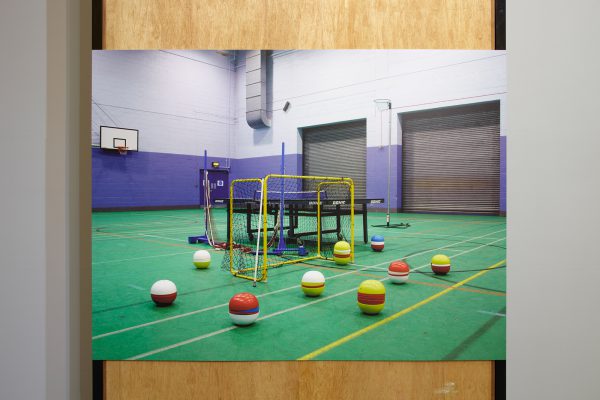 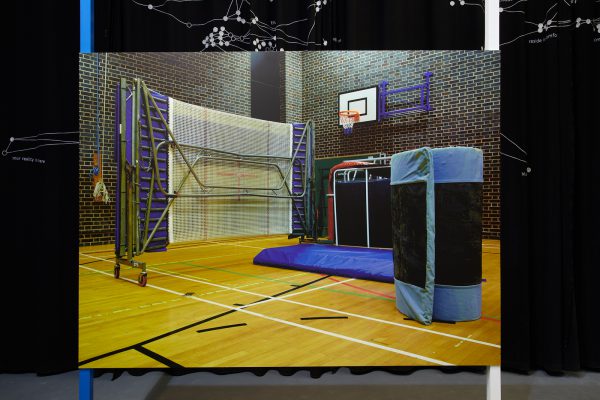 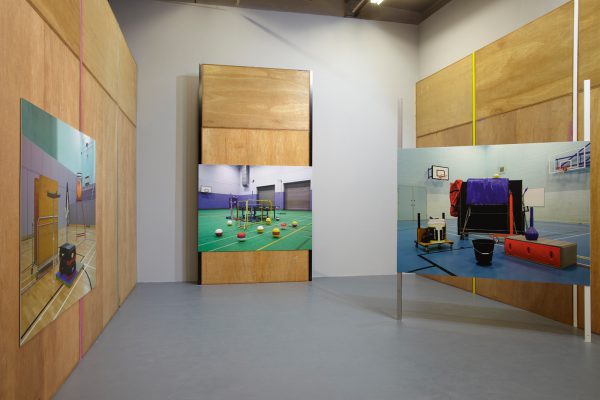 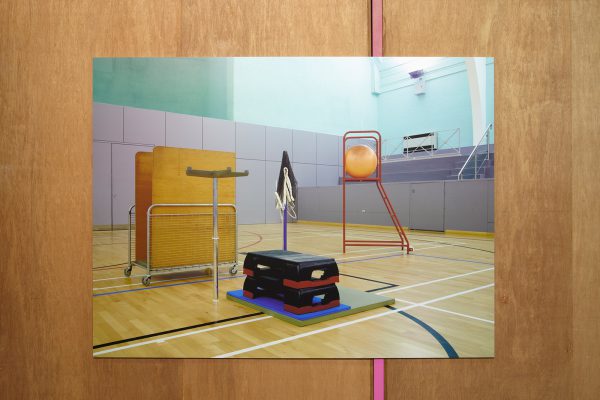 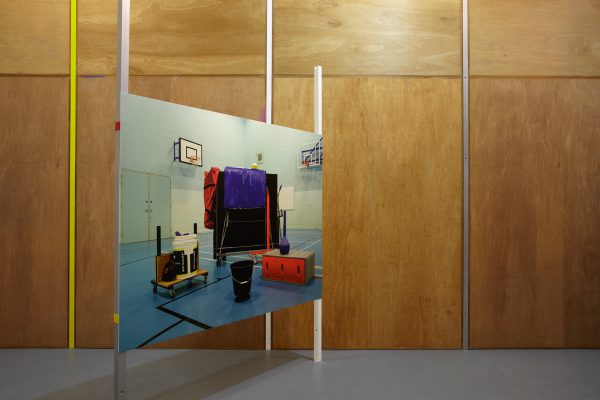 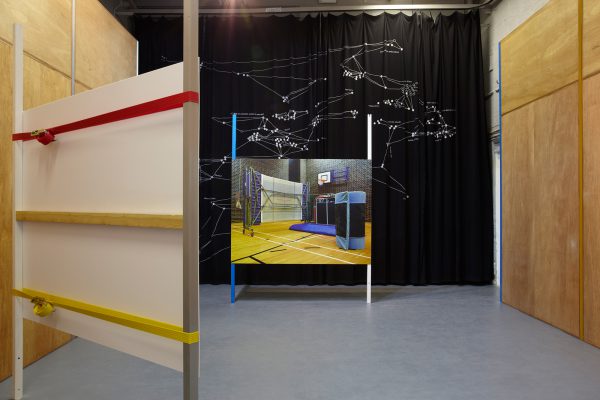 Jim Howieson’s ongoing ‘Sports Hall Sessions’ series, which began in 2010, involves the artist performing spatial exercises in various public sports halls. This process sees him engaging with the objects and material to hand by forming sculptural collections, whilst responding to the architecture of each hall space.

For this solo exhibition Howieson has been developing his ‘Sports Hall Sessions’ series at multiple sites in Birmingham, working with artist, photographer and previous ESP members show recipient David Rowan to facilitate documentation within the halls. The images will be displayed in printed form, using the mobile wall system in the second gallery as support structures.

The ESP members show is awarded annually to an artist who is a member of Eastside Projects associate membership scheme.