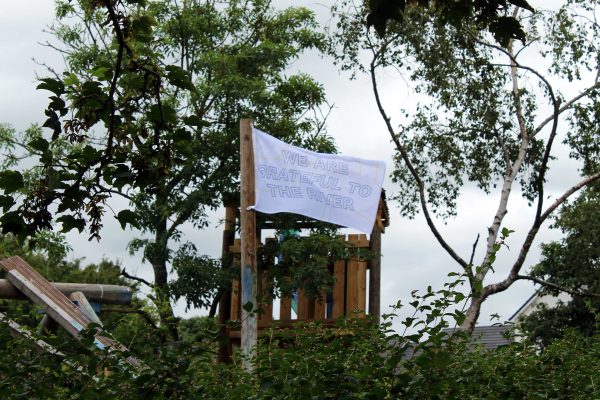 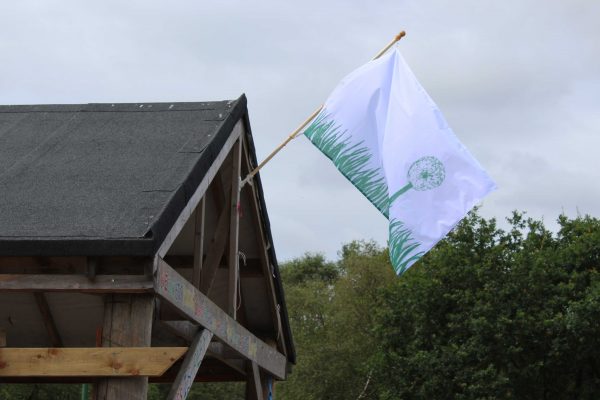 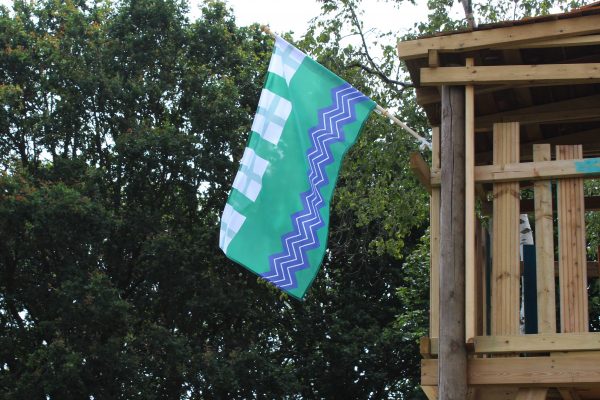 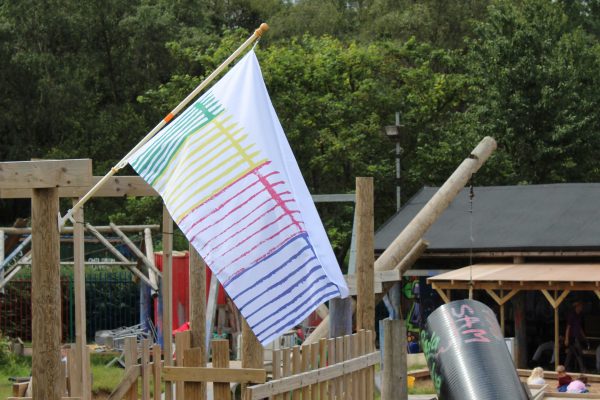 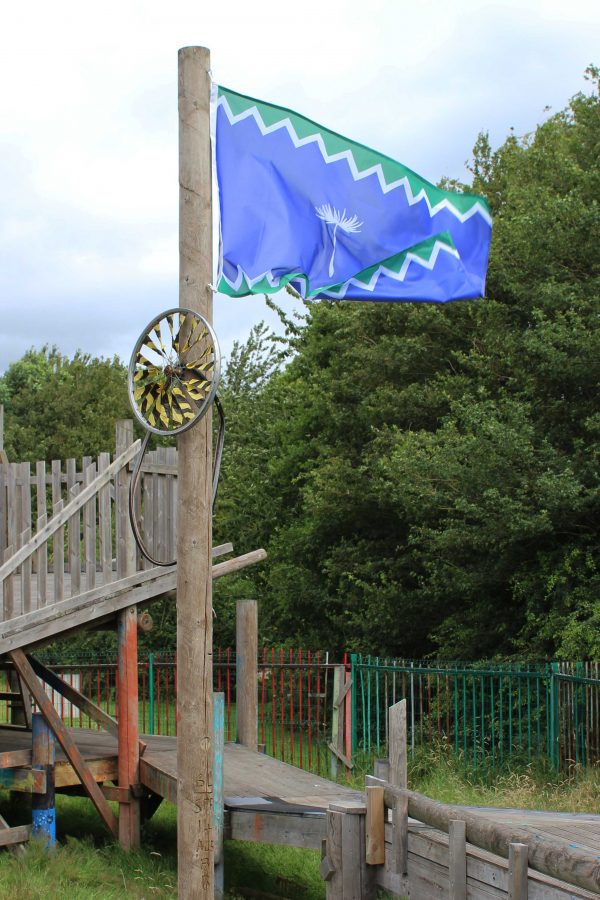 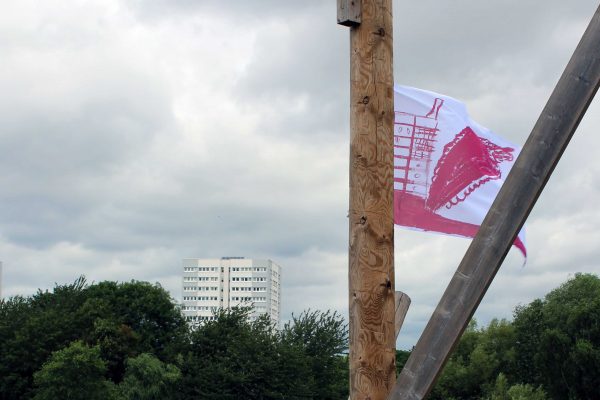 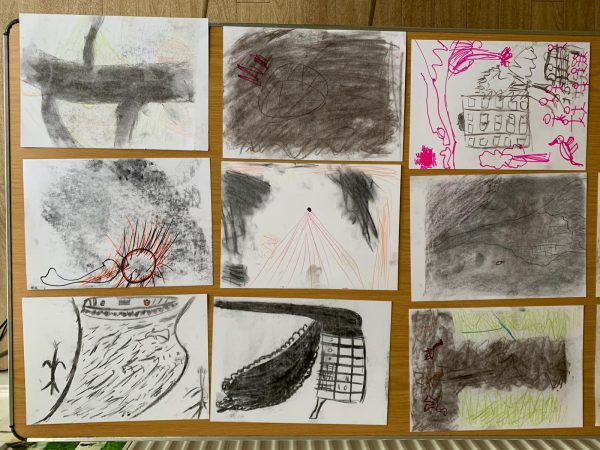 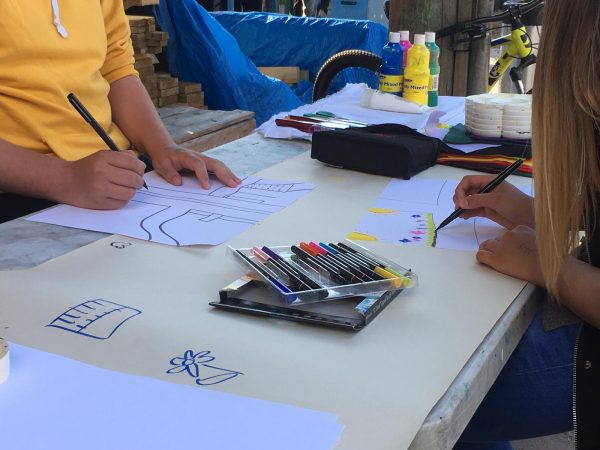 For his Link + Shift residency artist Chris Alton worked with local residents to produce a series of public artworks which aimed to engage with Chelmsley Wood’s existing local myths, make new ones, create space for imaginations to be exercised and encourage conversation and collaboration.

Through the workshops MAPA’s Youth Night co-created a public artwork which took the form of a new set of flags for the area which have been flying at MAPA since Summer 2019. They perform the role of prompts, props, or backdrops that aim to encourage new interactions to occur in public spaces – the long-term hope is that the project and flags will help inspire future creative activity in Chelmsley Wood.

Installed as permanent public artworks at MAPA, the flags showcase, or are inspired by, the young people’s drawings of the river Cole, tower blocks, MAPA’s colourful fence and dandelion clocks, reflecting both the built and natural environment, and representing ideas of freedom, feelings of containment and cycles of nature. 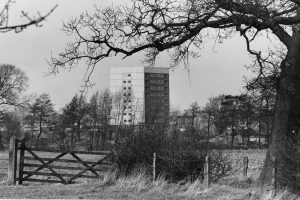 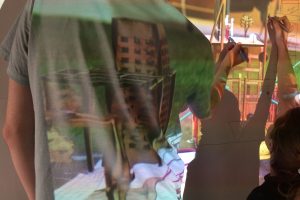 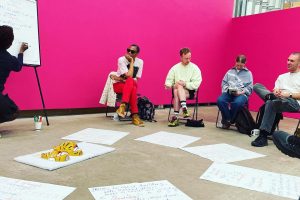