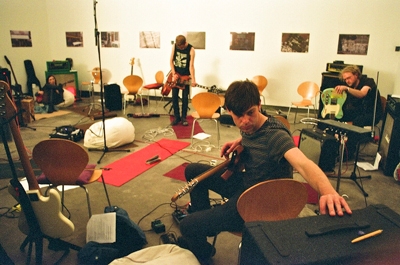 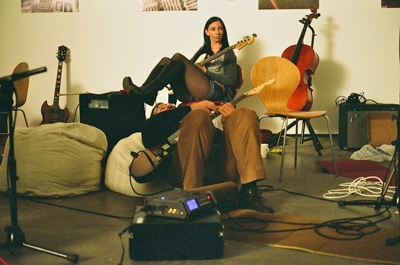 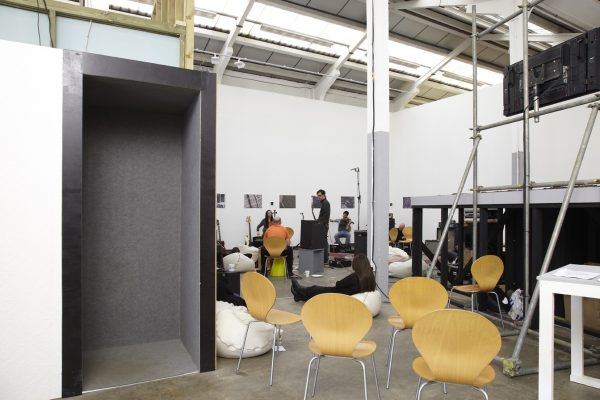 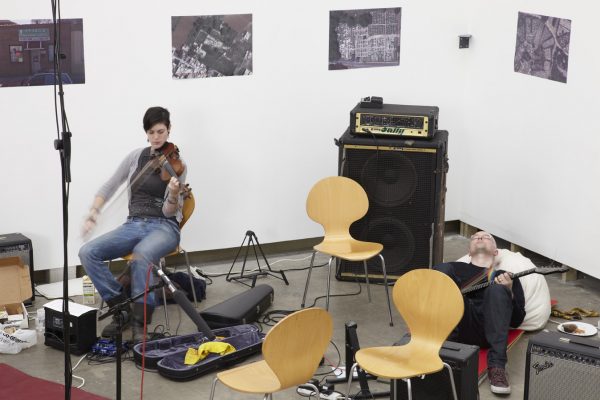 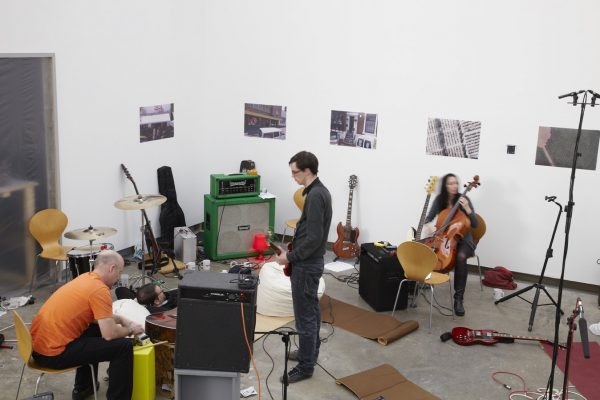 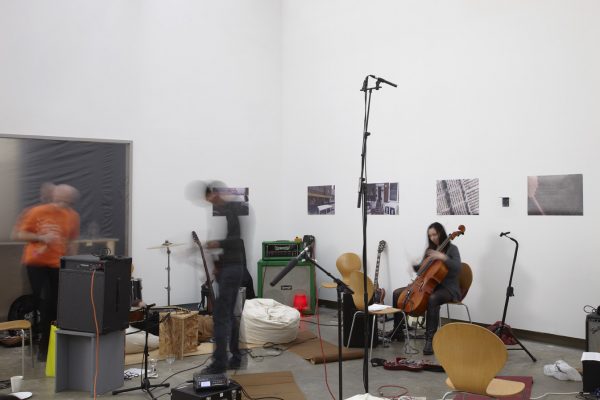 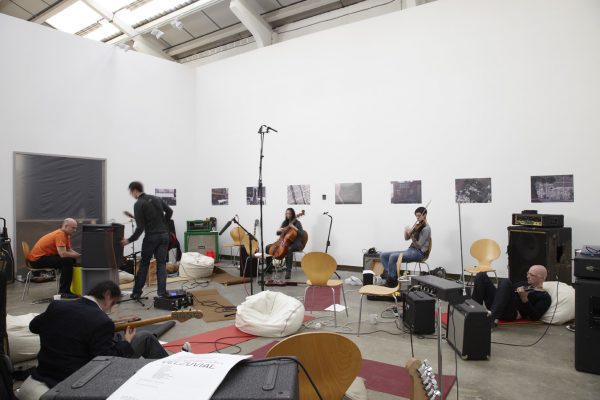 After Supersonic, post-symposion, spend the night in Eastside Projects (bring your own sleeping bag!)

A 24-hour guitar & other instruments performance scored & performed by Dusseldorf based Christian Jendreiko, with his music label Apparent Extent, and Birmingham based Andrew Moscardo-Parker of Einstellung and Lash Frenzy fame. The two artists worked with various performers from Birmingham, the UK and Europe, across the 24-hour period in conjunction with Supersonic Festival. Velzuvial: Unendlich Gestischen Abstraktion was the first UK 24-hour performance by Jendreiko following on from the 7-hour performance of GOTTESRAUSCHEN (GOD’S WHITE NOISE) Action for Players, Guitars and Amplifiers in 2010 at Eastside Projects during Supersonic Festival.