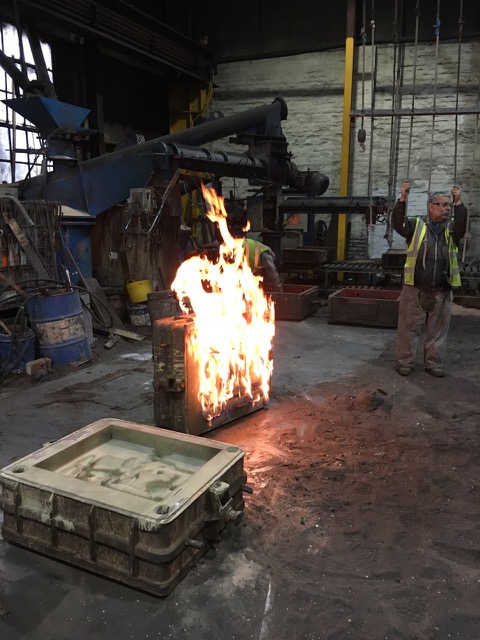 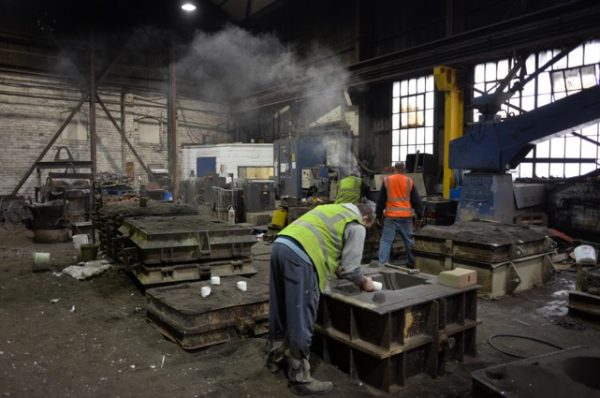 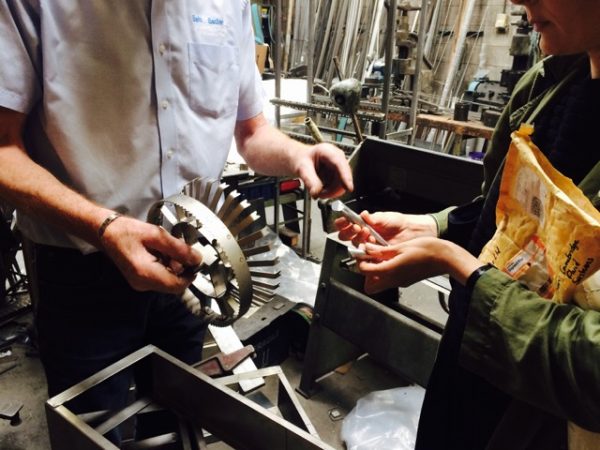 We are delighted to invite you to the opening of Production Show: Prototyping/Discovering/Analysing.

Eastside Projects’ activation of Birmingham as a city of production continues as we transition from Pending/Researching/Concepting to Prototyping/Discovering/Analysing.

The second in a series of evolving exhibitions in the main gallery will include new sculptural works made in Birmingham and Kingswinford by Alice Channer; heated cast iron sculptures by Nicolas Deshayes; research into the weights and measures of Digbeth by Linda Brothwell; the beginnings of Peter Nencini’s typographic signage system for Eastside Projects’ façade; Des Hughes’ encaustic tile making tests produced in Ironbridge; a series of proposals for public art works for a new housing development and country park in Banbury; and the first draft of a proposition imagining the Birmingham Artists House, a new model of live/work space for cultural workers being developed in partnership with Impact Hub Birmingham.

The show will then be open to the public during normal gallery opening hours from 1 October – 10 December. 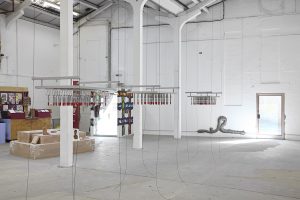