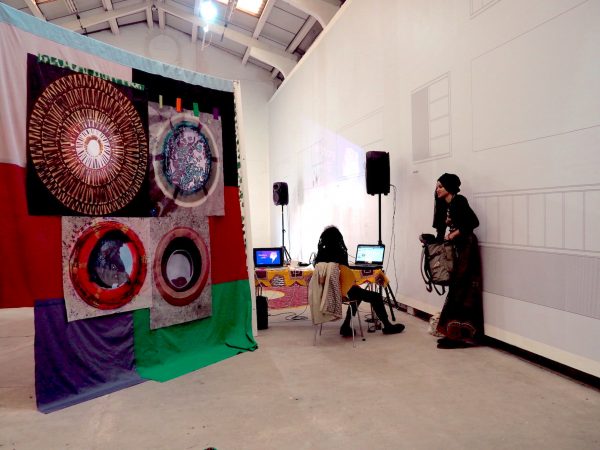 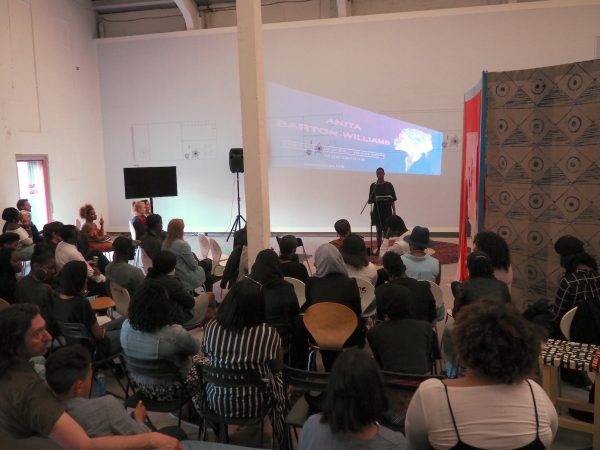 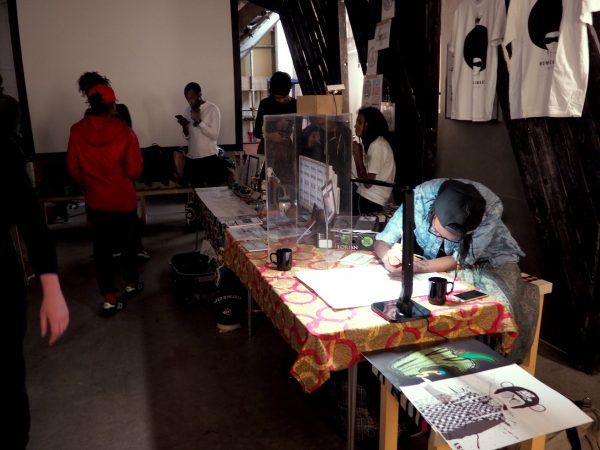 Eastside Projects were delighted to host Herstory LIVE; a night of poetry, music and storytelling exploring the stories of an under represented diaspora, curated by ART!VIST UK.

Until the lion has its own historian, tales of hunting will always be of the hunter*… so we’re gonna eat the hunter and digest our own histories.

Herstory LIVE presented an extra special event featuring an eclectic line up of poetry, music and open mic slots. Homemade Ital and Allens delicious Chakra Juice was on the menu. We explored history, herstory and ourstories through art, conversation and the vibes.

This event was hosted by Alima Rico-Emmanue and featured the following acts:

Shaé
Shaé is a singer, songwriter, actress, and an American Theatre Arts graduate from North West London. Since 2015, Shaé has been featured on the MOBO’s ‘One’s To Watch’ list, performed with Krept & Konan on their Long Way Home tour, recorded a dub for Eskimo Dance at Culture Clash 2016 and collaborated with various accredited producers and artists such as Nana Rogues, Dr.Vades, Parker, Cadet, Kojo Funds, Ms Banks, Kojey Radical and Ché Lingo. She cites influences from Erykah Badu, Lauryn Hill and Brandy, to newer talents such as Tink, Jhene Aiko, SZA, all of whom have shaped her sultry velvet sound.
@ShaesUniverse

Lumi HD
Lumi is a Birmingham based singer songwriter.
@lumihd

Anita Barton-Williams
Anita is a poet and producer. Her poetry explores both lived and shared experiences of Black British womanhood. She recently completed a year long residency at the Roundhouse and was a part of The Roundhouse poetry collective 2015-2016, and member of Barbican Young Poets 16-17 cohort. She is also the founder of Heaux Noire, the UK’s first open mic night for Women of Colour that aims to provide a platform and safe space for WoC to share their work.
@darianore

Sophia Thakur
Whether it’s her mysterious charm or ridiculously engaging stage presence, Sophia Thakur can hold a crowd. Two Ted Talks and over 300 stages later she has earned the right to be called Spoken Words sweetheart by MTV and Channel 4. Sophia has been touring up and down the country since the tender age of 16, surprising audiences of hundreds of people, and moving an online audience to tears daily. 12,000 subscribers and 800,000 views later, she still strives to write even more openly, even more honestly and even more vulnerably. So whether it’s her Hip-Hop inspired storytelling, or enchanting love poems…you’ll always find one way or another to connect to Sophia Thakur.
@sophiathakur