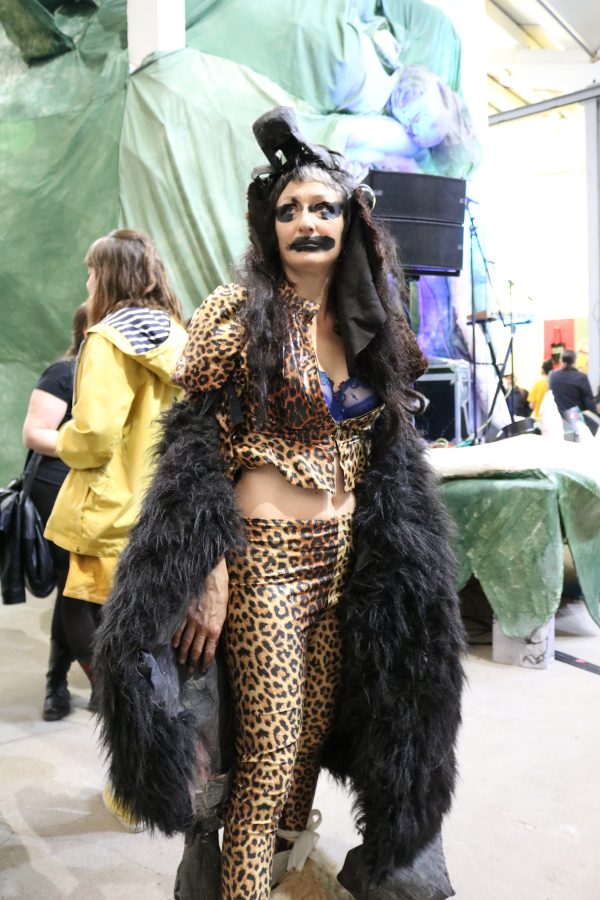 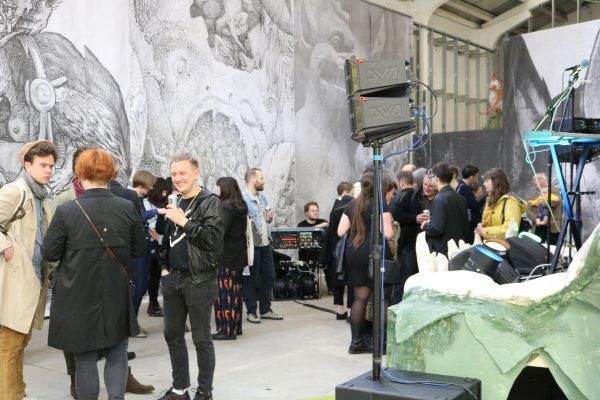 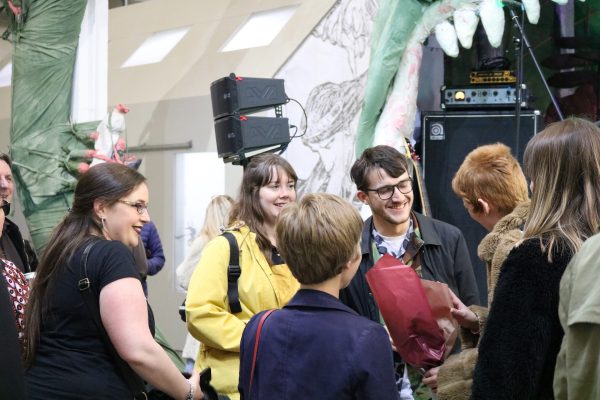 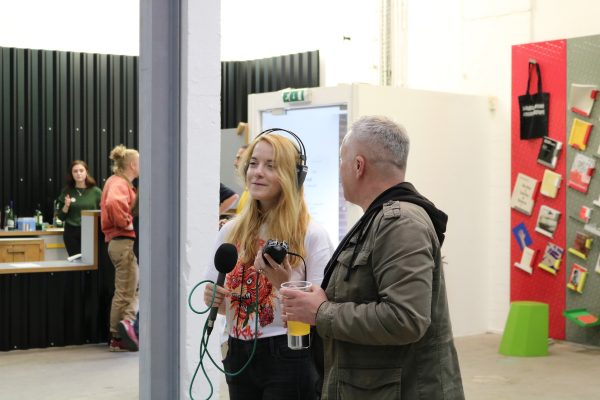 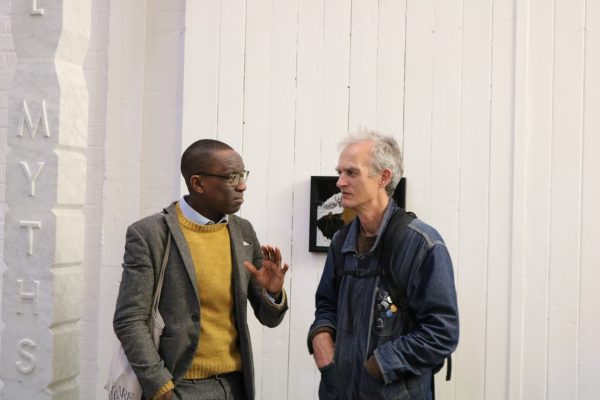 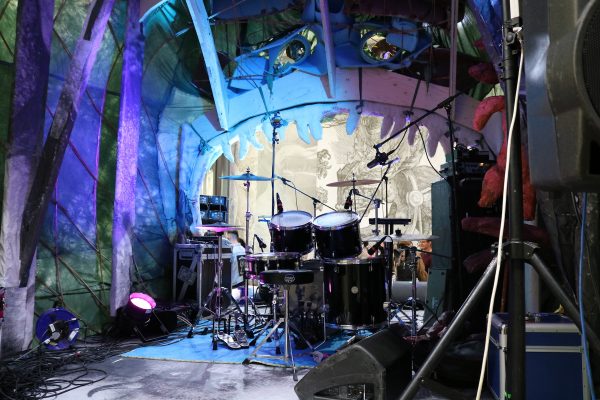 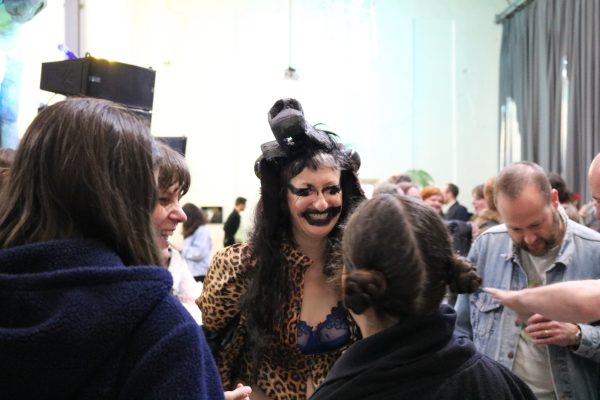 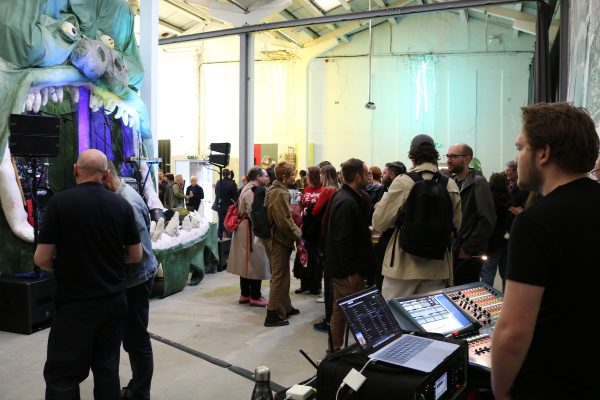 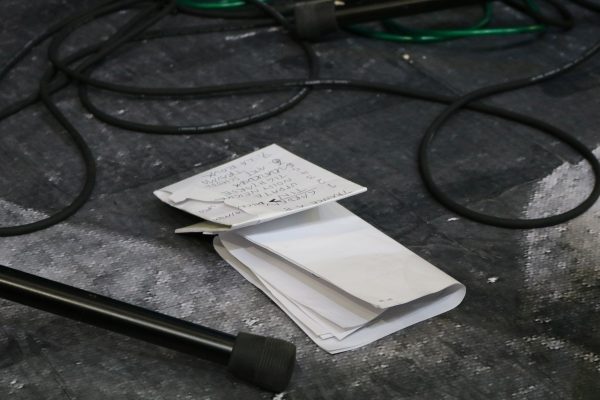 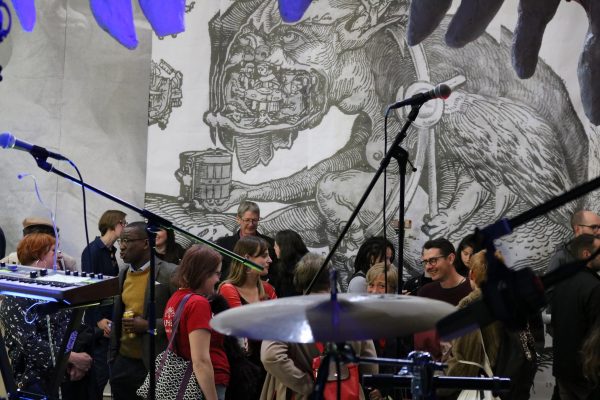 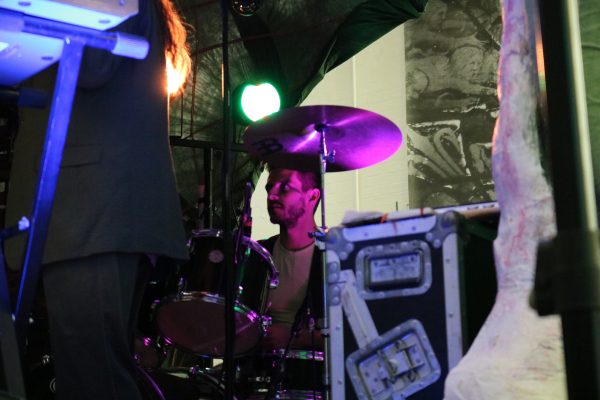 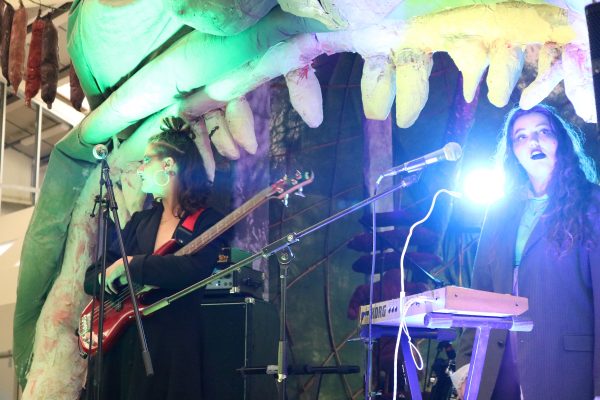 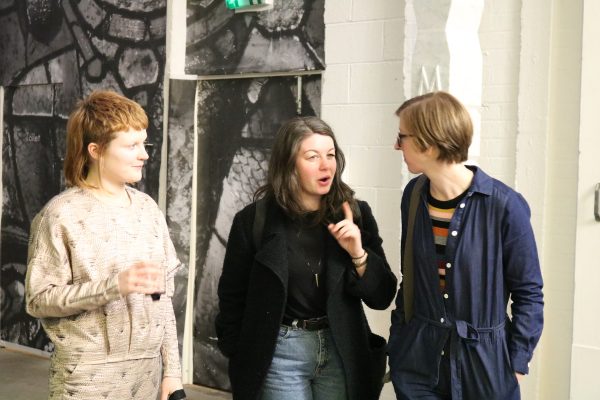 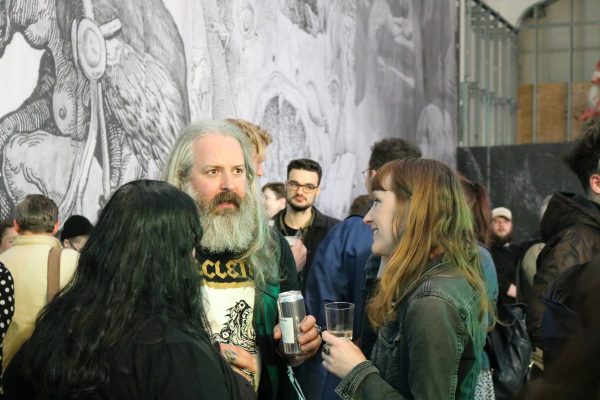 Join us for the launch of Monster Chetwynd’s Hell Mouth 3, featuring live music from Chlamydia the Band and Moving Plates.

The world is understood through music. All meaning comes to us through Heavy Metal. We can take control of the monsters of the hell mouth to create our own meaning and form new myths.

Fragments of songs and half-remembered performances form constantly re-imagined futures and new social aspirations. Monster Chetwynd’s Hell Mouth 3 channels the decline of Western Civilisation and legacies of Heavy Metal through the mouth to hell of a 16th Century engraving of a human devouring monster. Chetwynd’s ‘monster’ will hold the future of Metal, Birmingham and humanity in it’s mouth as bands play for their lives within the maelstrom of history and the failure of current society to support and empower the once and future workers of the hell mouth of industrial Britain.

Monster Chetwynd (previously known as Spartacus Chetwynd and Marvin Gaye Chetwynd) is a British artist, based in Glasgow, known for reworkings of iconic moments from cultural history in elaborate, compulsive and evocative performances. Chetwynd’s practice intertwines performance, sculpture, painting, installation and video. Her work incorporates elements of folk plays, street spectacles, popular culture, from Heavy Metal music and Star Wars to Berthold Brecht’s Three Penny Opera, and surrealist cinema. Her performances and videos often employ troupes of performers, including friends and relatives of the artist, and feature handmade costumes and props. In 2012, she was nominated for the Turner Prize.

Chlamydia The Band Musical spawn from Edinburgh and struggling to overcome art school trauma, but desperate to have a good time. Pioneering art punk, laced with meaningless lyrics that speak to you, YES YOU, the audience in the corner. You’re at this gallery, you don’t know where to put your coat, and now you’re watching a bloody performance. Well RELAX, enjoy, this IS what you came for.

Moving Plates
Moving Plates are Leo Smee,Alex Thomas & Emma Sullivan
Chrome Hoof is what unites all but their own musical journeys diversify them.

Leo Smee joined Doom metal band Cathedral in his teens and continued playing with them until 2011. He has played in many other bands including Firebird, Kactus, Miasma & the Carousel of Headless Horses, The Oath, The Fear and With the Dead where he joined metal forces with Alex Thomas. He is the co-founder and driving force of Chrome Hoof.

Alex Thomas also started out in the metal world drumming for Bolt Thrower. He has contributed to many albums and played live with Air, Badly Drawn Boy, Bat for Lashes and John Cale. He currently performs with Squarepusher, U.N.C.L.E and Anna Calvi.

Emma Sullivan started out playing bass in a number of punk bands and founded the riot-grrl group Stubble Bunny and co-founded stoner rock group Conmungos. She has contributed to albums and played live with XX(Xerox) Teens, They came from the stars I saw them, Nervous Ice Mummy & Pre. She currently performs with Välvē.

Never have the trio solely played together. Tonight is their debut improvised performance. 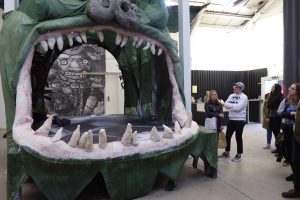