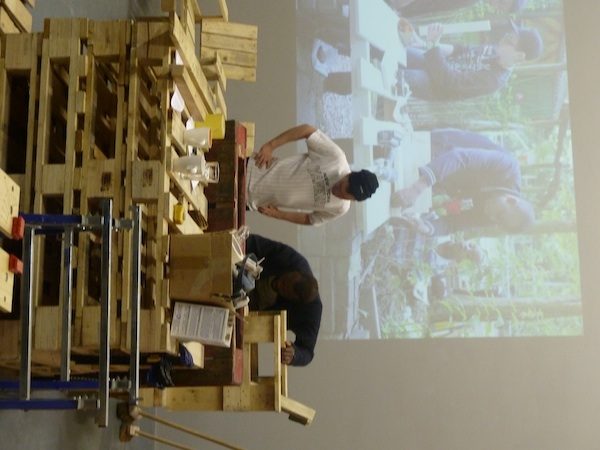 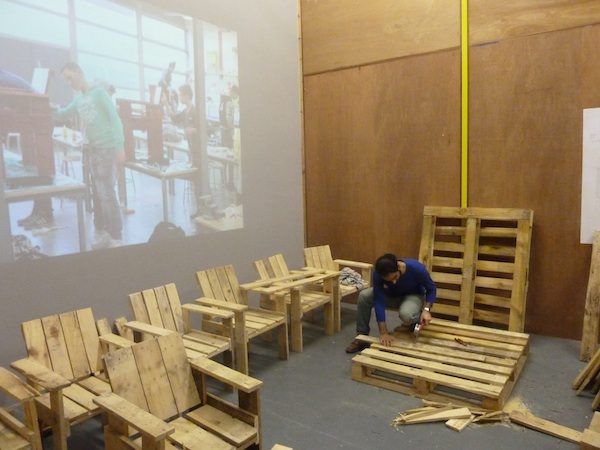 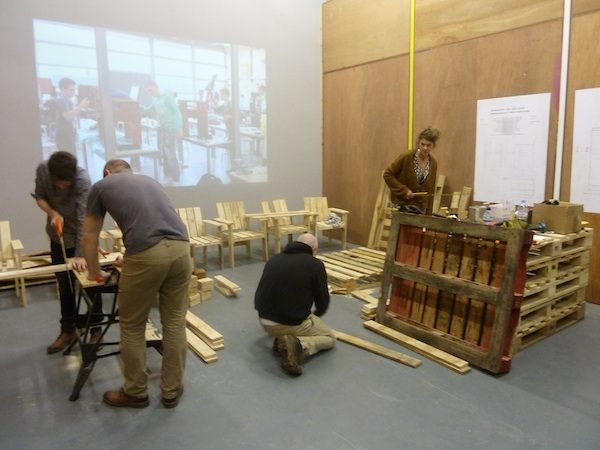 A special Sitting is a Verb – Rietveld for (Un)usual business construction workshop was run by artist Aimée Zito Lema, who has initiated communal constructions around the world where communities are making new public spaces including in Buenos Aires where chairs were made to literally seat the new ‘University of the Workers’ initiated by metal cooperation IMPA. At Eastside Projects the chairs we produced will be made for ‘Black Pleasure’ in order to occupy and explore it as a new public realm. Aimée Zito Lema is an Argentine-Dutch artist. A graduate of the Gerrit Rietveld Academie, she is based in Amsterdam. We were also joined by Kathrin Böhm, co-curator of Trade Show, who extended our conversations about the relationship between the Sitting is a Verb workshop and Trade Show exhibition.