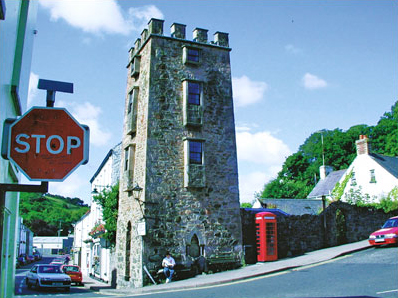 Further information about ESP residents projects at The Curfew Tower can be found by following these links: 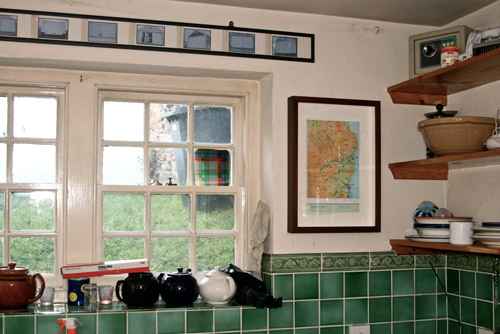 The well-thumbed map, that became our tool for exploration and understanding of the locality and landscape, has been amended with anecdotal clues and citations. By replacing local place names and landmarks and adding fictitious map icons to correspond to geographic events during our stay, a dialogue around authenticity and local knowledge begins. It is situated in the kitchen, the information hub of the tower and surrounded by everyday tools of Curfew life. However, encased behind glass it is problematically withheld from its intended purpose. 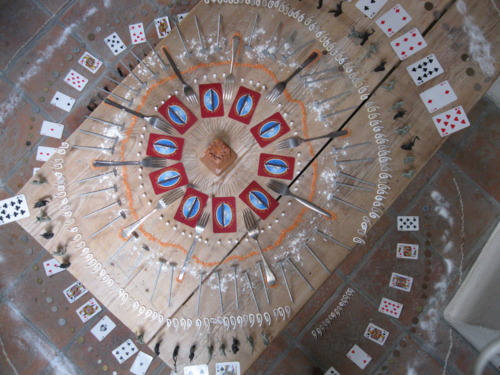 This evening I curled up on the beanbag and read a really long magazine article about cell division. Later I tripped a fuse….With that problem solved, but a lot less interest in going to bed, I sat in the kitchen and played with this little plaster model of the tower and a pack of cards…and some forks, lentils, flour, plastic army men, pins curtain pegs, rice , coins. All with late night radio BBC Ulster in the background. 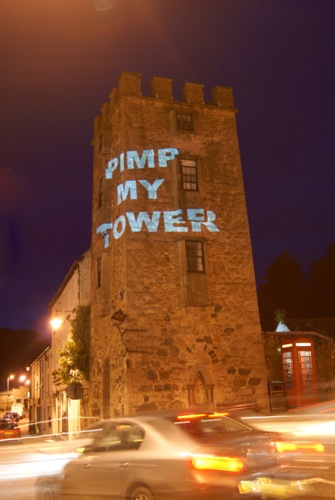 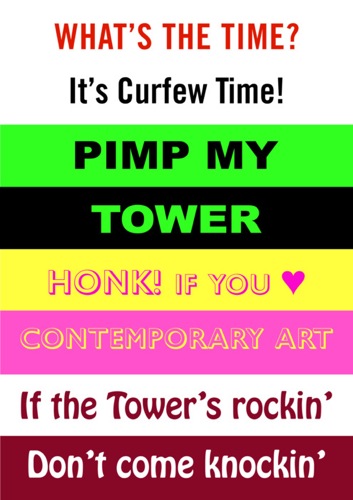 ‘Honk! If You ‘Heart’ Contemporary Art’ was conceived as a bumper sticker and a projection for The Curfew Tower. It then went on to be featured on the exterior billboard at Eastside Projects. A call to arms, a call to honk. Solidarity is sought amongst those of us who both drive and feel deep affection for all art contemporary – a survey of drive-bys, a riot of beeps and horns.

Nathaniel, Cheryl and Matt lived for two weeks in the Cushendall Tower, residents of the Turnley folly, a folly whose origins were founded as a deterrent for idlers and rioters in 19th Century Northern Ireland. In a tragic twist of irony, this tower once built as a symbol of industrious virtue, is now the donuting, boy-racing centre of a nightly ritualistic gathering of Cushendall’s youth, sat in their cars all night, engines idling, jostling for prime position, posturing. A riot of beeping, revving and burning rubber up and down the high street. Here the very foundations of the Turnley folly shake, the dungeon reverberates with the double deep beep-beep. Beep-beep. Honk-honk.

At Cushendall Tower the image of ‘loving contemporary art’ was intended as a deterrent, to stop the endless honking, in order to allow the artists some sleep. On the facade of Eastside Projects the billboard poster acts as a wry and knowing comment on the fickle position of contemporary art in the public consciousness. At Cushendall Tower the hope was for zero honks, at Eastside Projects the hope is one honk for every inhabitant of our great city of Birmingham – estimated to be one million, thirty six thousand, eight hundred and seventy eight! 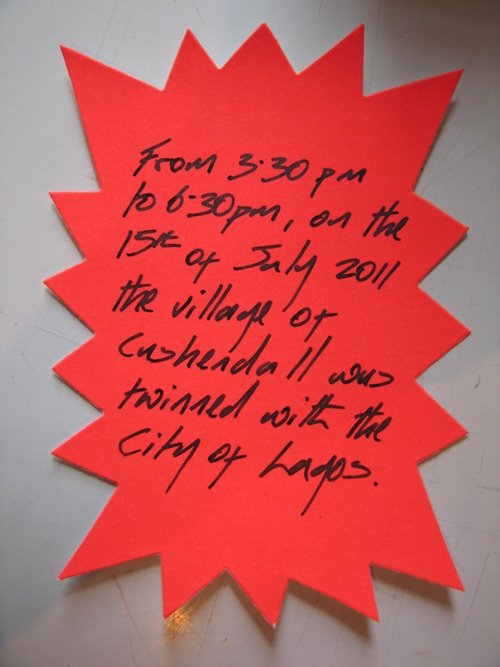 I responded to a piece of furniture from The Curfew Tower; a stool with a donkey head carved into the top. I made animations from photographs of the stool taken from a series of viewpoints as I circumnavigated it, aiming to create a record of the object from which to consider the act of perception, the space that this object exists within, and to survey the perimeters of this space. the process was repeated on each floor resulting in 5 animations which capture the entire floor space of The Curfew Tower