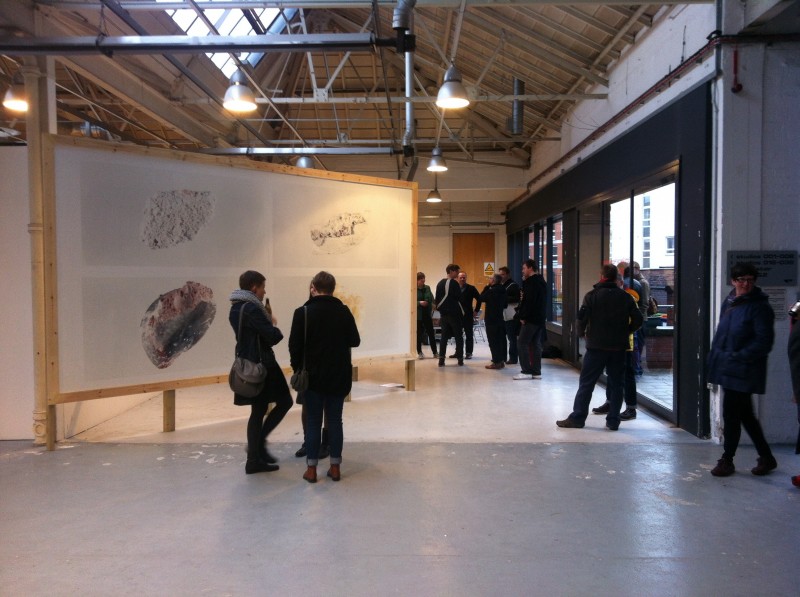 ‘Castling’ was a collaborative project between artists in Birmingham and Glasgow initiated by Extra Special People for Glasgow International Festival of Visual Art 2012. The project took the form of a billboard exchange. Referencing the exterior billboard structure at Eastside Projects in Birmingham, two additional billboards were constructed in the Hanson Street Studios Project Space. 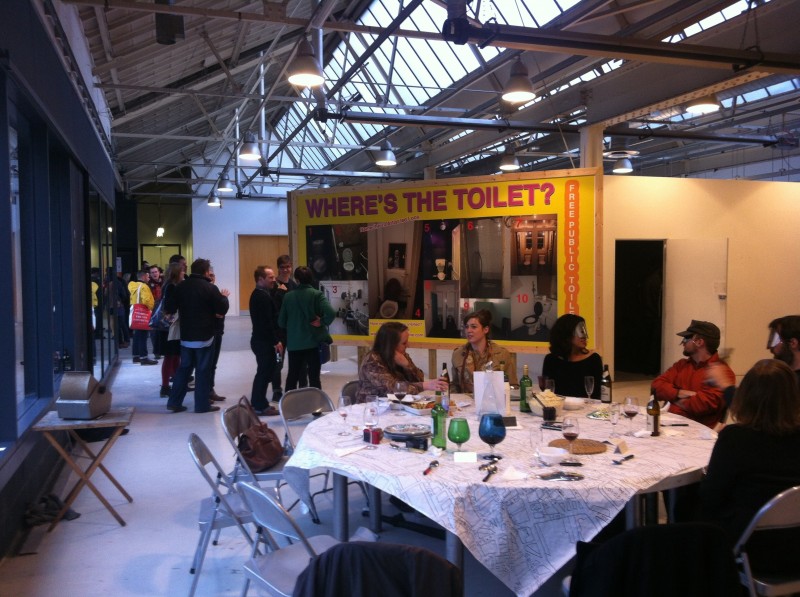 For the duration of the festival, works by artists including Max Slaven, BAZ, Nadia Rossi, Andrew Gannon and Sparrow + Castice were shown on the billboards, as well as pasted and projected directly onto the walls of the Hanson Street Project Space. 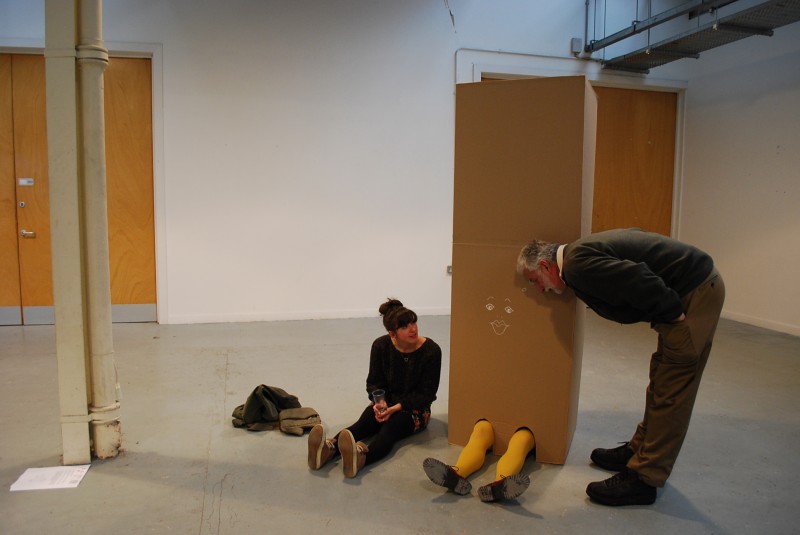 On Saturday 21 April Nadia Rossi and Andrew Gannon made new work live in the space; Inboxes. 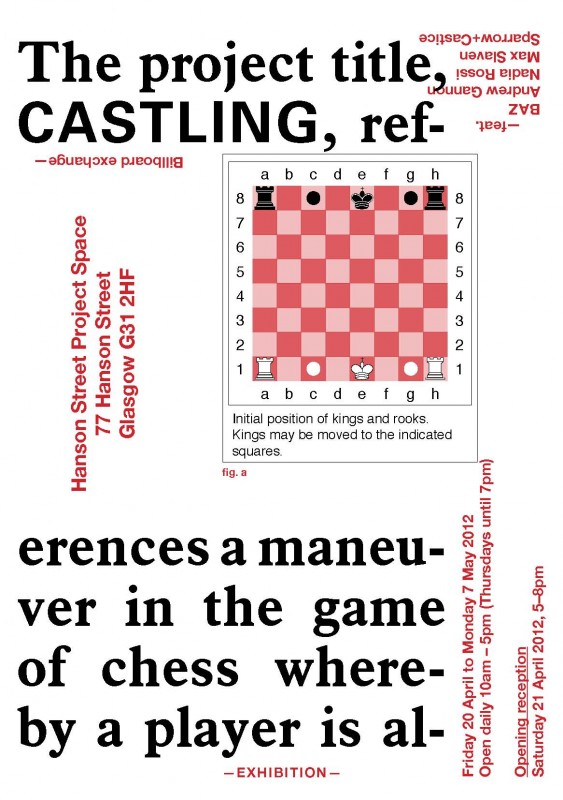 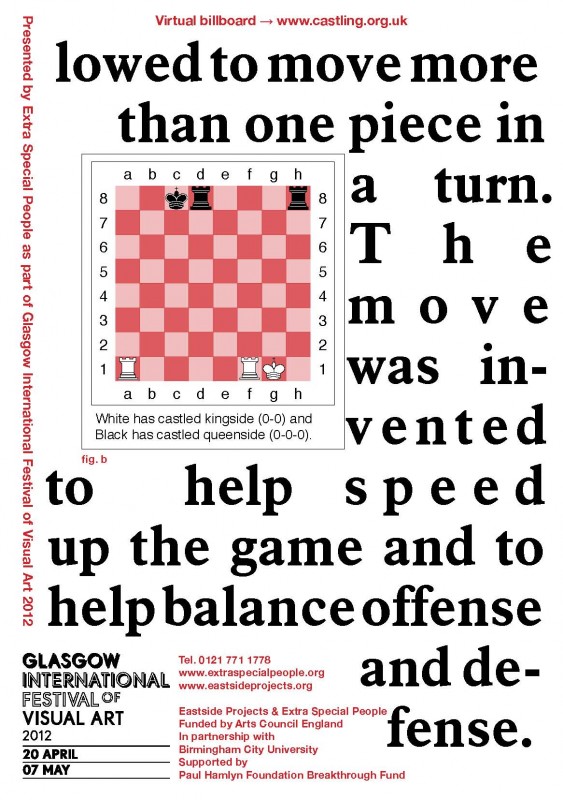 BAZ
BAZ (Birmingham Art Zine) are a semi-satirical ‘think-tank’ sporadically documenting the Birmingham Art World. BAZ have been spotted at The Event 2009, TNAGW’s Independent Publishing Fair 2010, the Rude Britannia reading room at Tate Britain and The Event 2011. BAZ are Chris Poolman and Matt Westbrook who both live and work in Birmingham.
http://www.birminghamartzine.com/ 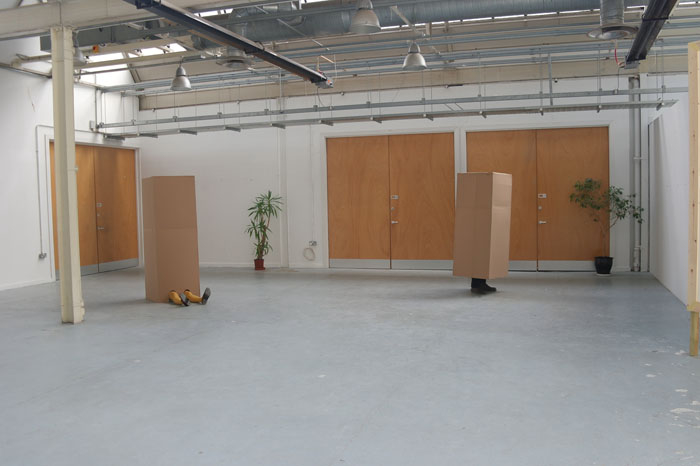 Andrew Gannon
Andrew Gannon lives and works in Edinburgh. He was born in Bolton, England and studied at Manchester Metropolitan University. He is currently in his final year of the MFA Contemporary Art Practice programme at Edinburgh College of Art. He has exhibited at a range of venues across the UK, including Edinburgh, Glasgow, Manchester and London. Recent exhibitions and projects include Attention Seeker, Bollard Work, and Table Work, Edinburgh.
http://www.andrewgannon.info/ 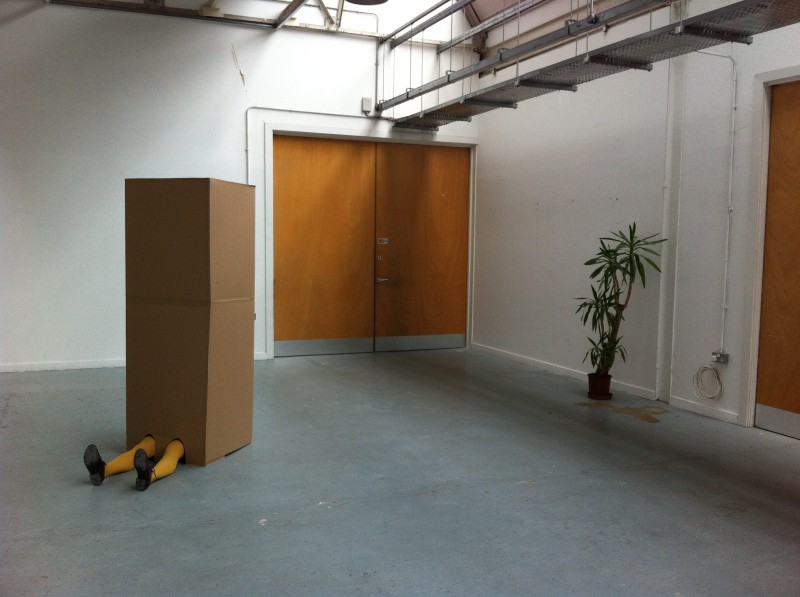 Nadia Rossi
Nadia lives and works in Glasgow. Nadia’s practice is activity driven and focuses on small interventions within the fabric of everyday life. She has adopted a performative, process-based approach, working on interactive projects that are concerned with challenging conventional perceptions. Nadia works collaboratively with Ruby Pester and with the Glasgow based artist group NOW NOW. Recent projects include Survive It, Experimentica Festival Cardiff 2011, Pushme-Pullyou, STOFF Festival Stockholm 2011 and The APW 3000, The Red Shed at the BBC Glasgow.
http://nadiarossi.com/ 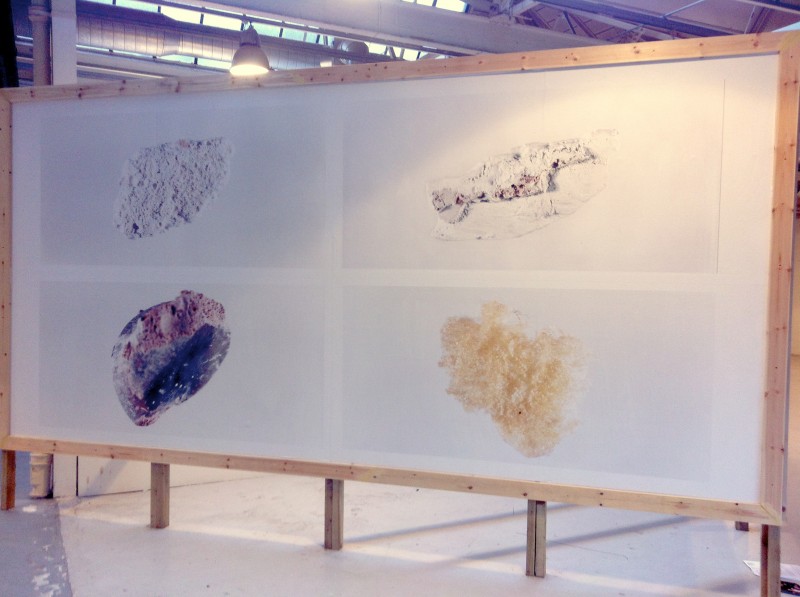 Max Slaven
Max lives and works in Glasgow. He has a degree in Fine Art Photography from Glasgow School of Art. He is also a founding director of David Dale Gallery & Studios.
http://maxslaven.com/ 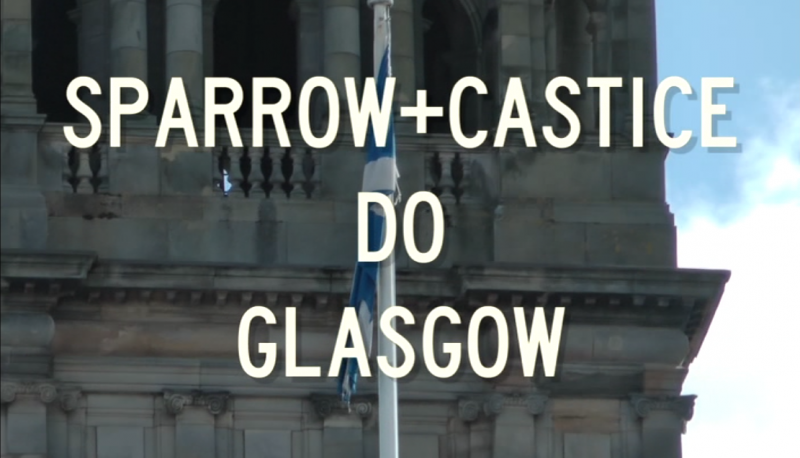 Sparrow+Castice
Sparrow+Castice are an artist duo comprising Peter Sparrow and Astrid Castice. They live and work in Birmingham. ‘We often talk, occasionally think, frequently argue and less frequently than that make something or other (art). We also habitually use a thesaurus.’
http://sparrowandcastice.tumblr.com 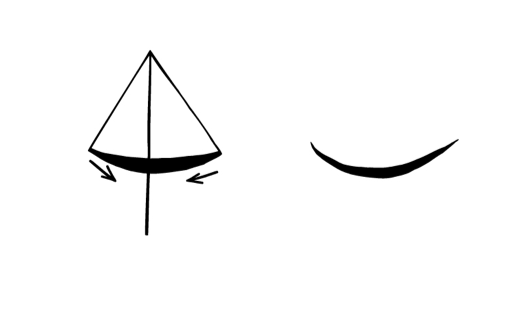