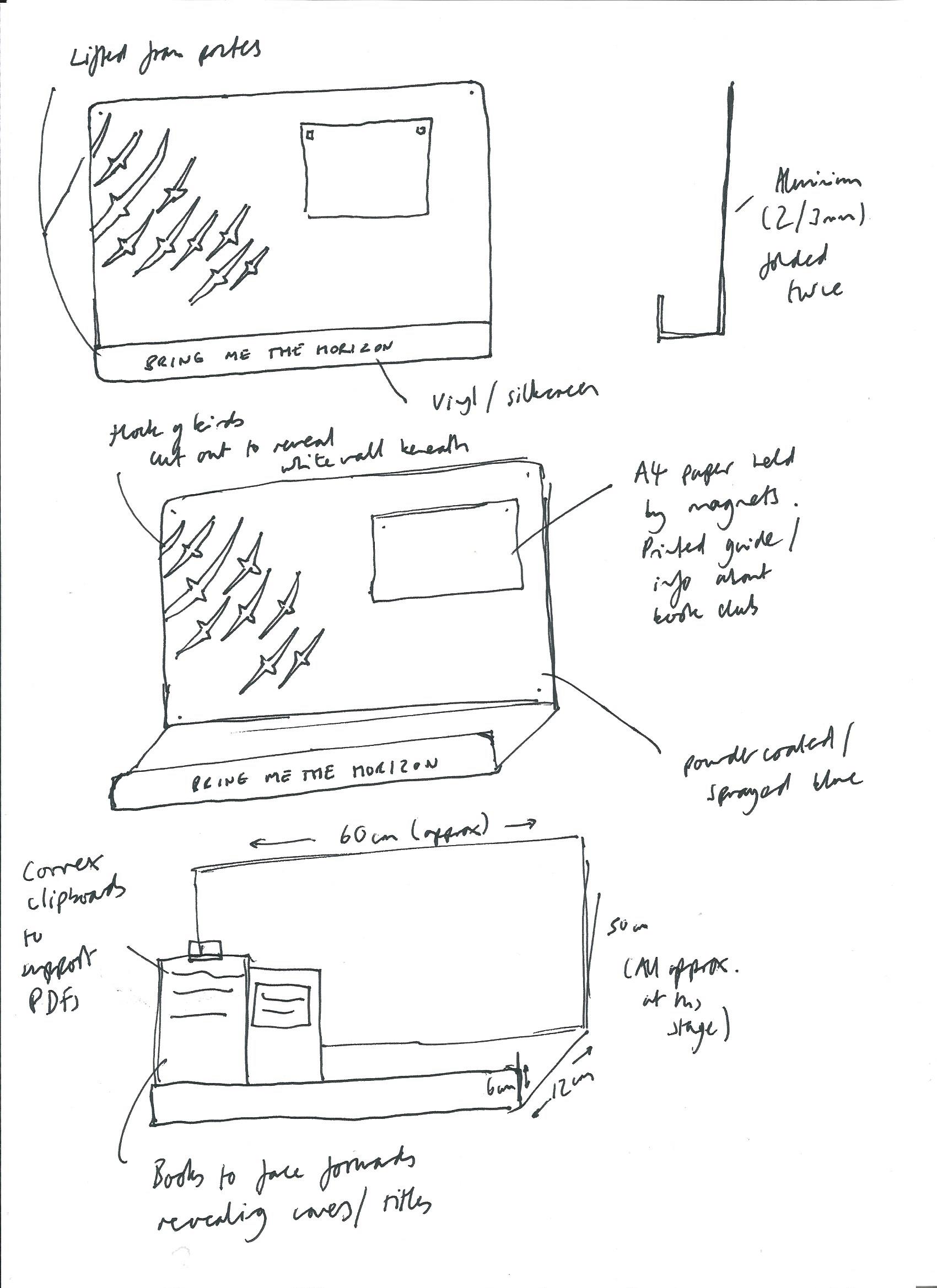 To coincide with Birmingham Show ESP has commissioned Andrew Gillespie to make a long-term work for the gallery that displays texts and publications read by the ESP / Grand Union Book Club. We invite you to peruse the books and texts in the Eastside Projects Library.

Horizon Rises is a bespoke shelf made in powder coated, laser-cut steel that provides a visible site for Book Club’s activity and research. This work extends Andrew’s interest in the appropriation of leftover corporate and popular culture slogans, logos and motifs. It is the first in a new series of Flatfile commissions that move beyond the space of the plan chest, integrating works into the fabric of the gallery space for varying lengths of time.

Andrew has been an active member of Book Club since its initiation in September 2013. Book Club was developed as a space for informal discussion ranging from the light-hearted to the heated, the academically rigorous to the humorously uninformed. The Book Club has read fiction, critical theory, magazine articles and essays proposed by members of the group. Some of the texts relate to art, some to politics and some more generally to life. Book Club’s first season hinged around the subject of Layering and now the group are exploring ideas around the artist, the city and urban environments in times of change and regeneration. If you are interested in joining Book Club email elinor@eastsideprojects.org

Andrew Gillespie (b. 1984 in Birmingham) lives and works in Birmingham. In 2015 Andrew will present new work as part of ‘Birmingham Show’ at Eastside Projects. In 2014 he presented ‘CO’ (concept by Tom Godfrey) at Nottingham Contemporary, 2014 and ‘Conversation #5’ with Jack Lavender and Hannah Lees at Millington|Marriott, London. In 2013 he showed in ‘Apartment 4’, Clermont Ferrand, France, curated by Hannah Lees and ‘Crossing the Rubicon’ at Gerald Moore Gallery, London (solo). Andrew has BA degrees in History of Art from St John’s College, University of Cambridge and Fine Art, from Ruskin School of Fine Art and Drawing, Oxford.