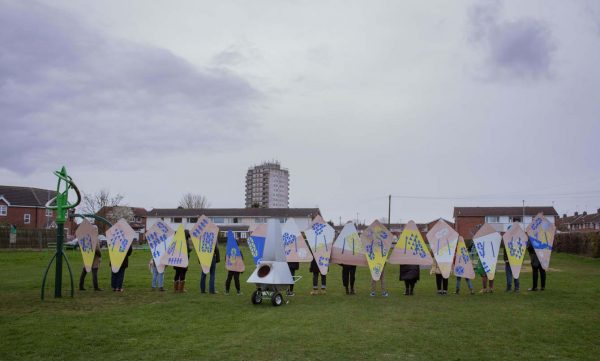 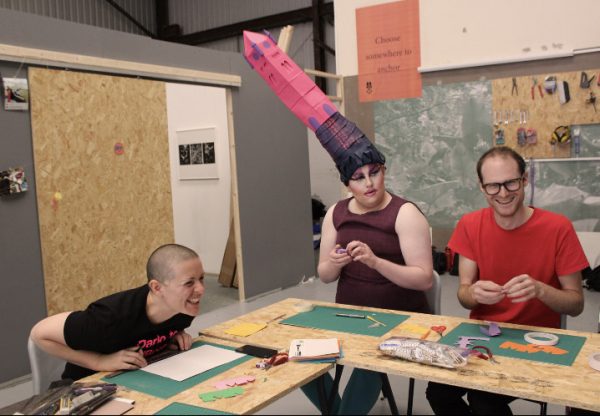 For the second iteration of the Kaleidscope 1-2-1’s you have the opportunity to talk to a member of staff from Primary, Spike Island or The NewBridge Project. 1-2-1’s are a great opportunity to talk about work in progress and ideas at a critical stage of development.

These 1-2-1’s are offered as part of Kaleidoscope Network.

To express an interest in a 1-2-1 with Colette, Daniel or Saphia send a short email or audio recording to amelia@eastsideprojects.org saying why you would be interested in talking to them. Email before Wednesday 22 June, 10am.

We anticipate more expressions of interest than we have space for, so will select based on your expression of interest.

Colette Griffin is a curator, creative producer, and artist based in Nottingham. Her interests and research centre on commissioning and programming that explores the architecture of our lives. Colette is Artist Development Coordinator / Curator at Primary, an artist-led space in Nottingham, within the role she coordinators the New Midland Group Development Programme. In 2021 Colette became the Regional Director of CVAN East Midlands, working alongside 8 other regional networks to foster an inclusive long-term future for the sector.

Until September 2020, Colette was Curator at Mansions of the Future, an arts and cultural hub in Lincoln adopting an approach which privileged social, site-specific, and collaborative ways of working. Previous experience includes working with Nottingham City Museums and Galleries, UK New Artists, and Ikon Gallery, Birmingham. In 2019 Colette was selected for CAMPUS, a year-long independent study programme in curatorial, visual and cultural studies, delivered by Nottingham Contemporary.

Dan Russell (b. Birkenhead, 1985) is an artist who works with people and doesn’t have a specific medium or discipline. He could be called a social practitioner or socially engaged artist. His favoured approach is working in an open, process-led and longer-term way and his favourite methods are bringing people together, developing ideas, not reinventing the wheel and dealing with the future.

He works part-time for the NewBridge Project as their Artist Development Programmer and outside this mixes up freelance community-based art commissions with moonlighting in the Architecture and Urban Planning department at Newcastle University.

Before Spike Island, Saphia held positions at Bow Arts in east London and London College of Fashion, as well as working with organisations including East London Comics and Arts Festival (ELCAF), British Council, Culture 24 and Historic Royal Palaces. Saphia also volunteers for diversity, equity and inclusion organisations A New Direction and Creative Access, mentoring young people from diverse backgrounds and supporting them through the early stages of their arts careers.

With a degree in Illustration, Saphia’s artistic interests span the worlds of design, Illustration and architecture, through materials and processes including collage, sculpture and installation. Her curatorial interests focus on arts facilitation, and connecting people, places and spaces.