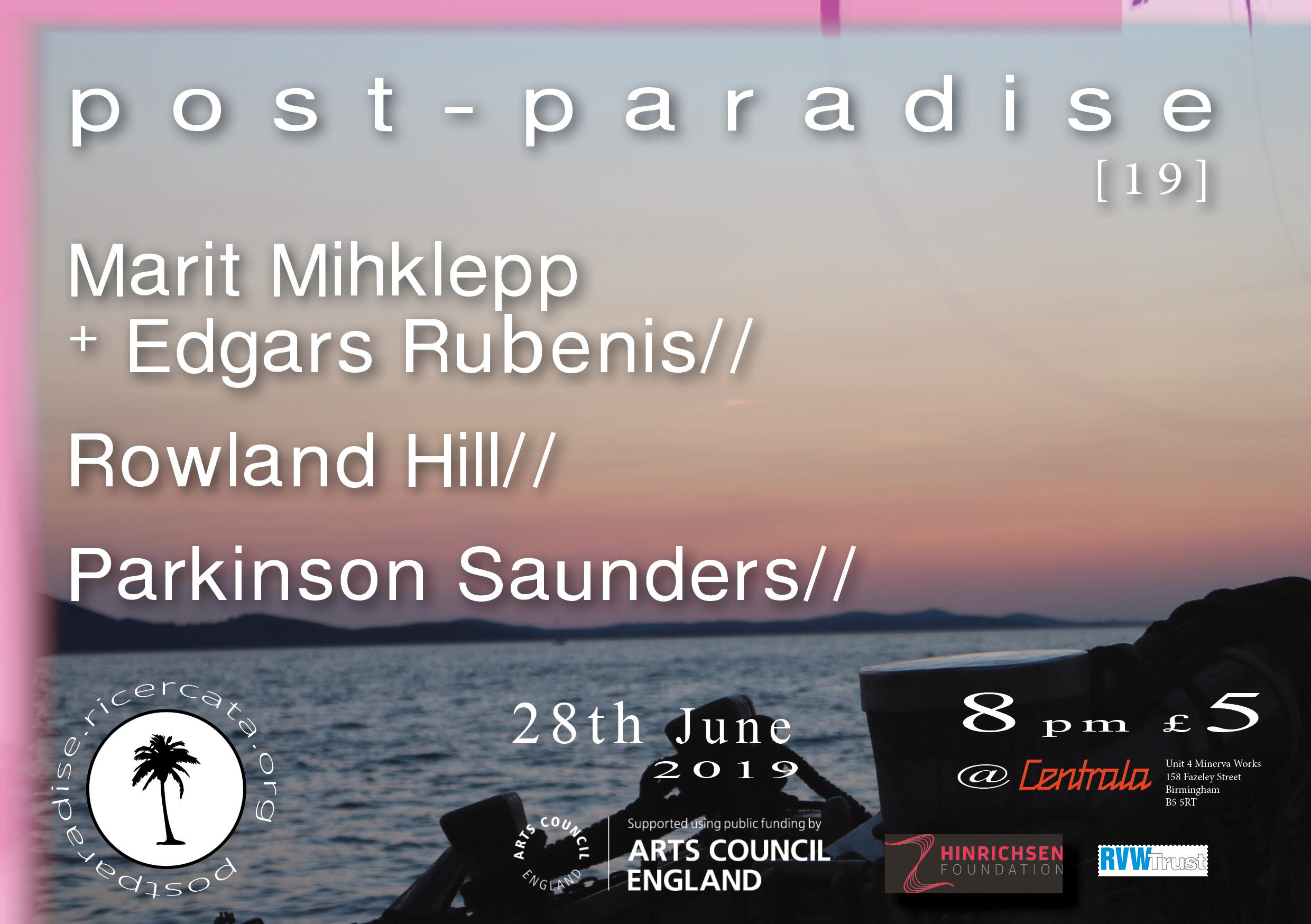 Post-Paradise is a grassroots experimental music series run by a collective of composers based in Birmingham, UK.

Now in its third season, they have created a centre of activity for new music in the city, programming established and emerging composers from the UK and abroad.

Marit Mihklepp, Estonian artist based in the Netherlands, whose work explores the existing and speculative communication systems between humans and other-than-humans. Marit will present work as a duo with Latvian composer and guitarist Edgars Rubenis who combines the narrowing down of the means of expression with the use of extended duration. Leicester born artist Rowland Hill, who works across performance, moving image, text and sound, plays with gestural and choreographic regimes, often with a host of collaborators including dancers, composers, conductors and interpreters. And Parkinson Saunders, a duo consisting of composer-performers Tim Parkinson and James Saunders who produce music with instruments of any sound producing means. Their repertoire centres around experimental music that can be realised in a multiplicity of ways, and music that involves very elementary sound production.