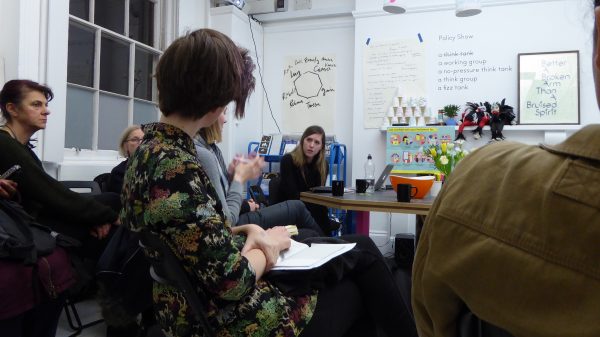 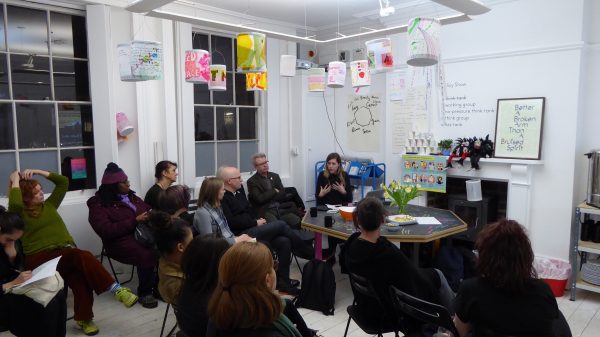 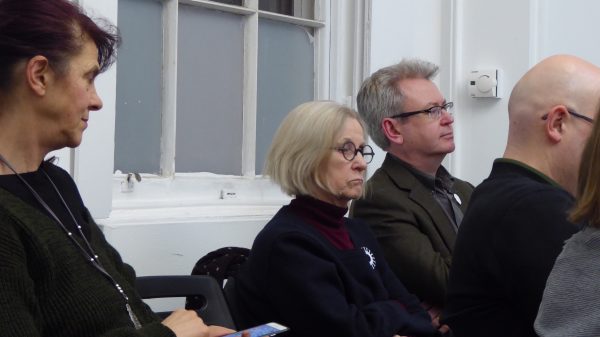 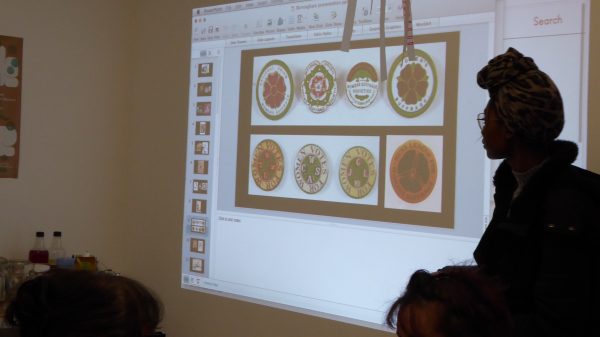 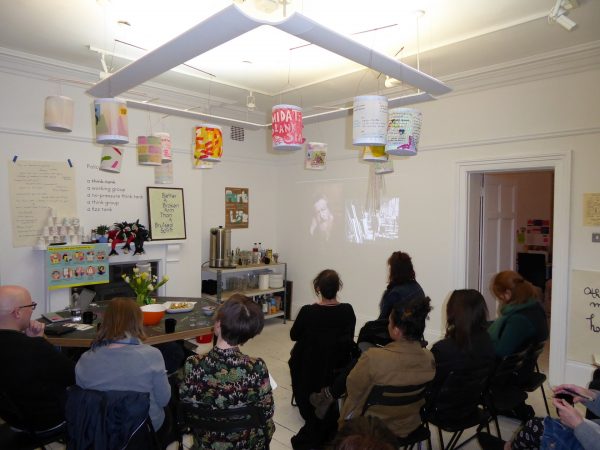 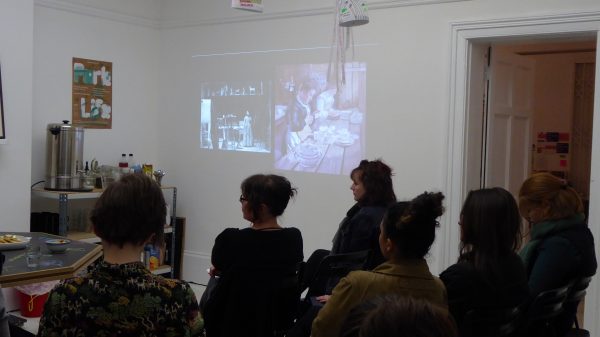 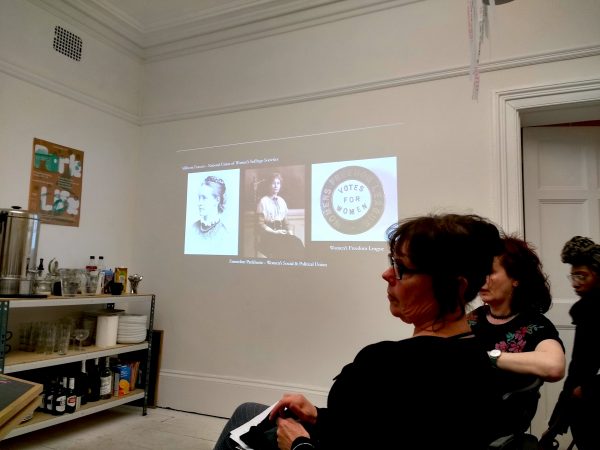 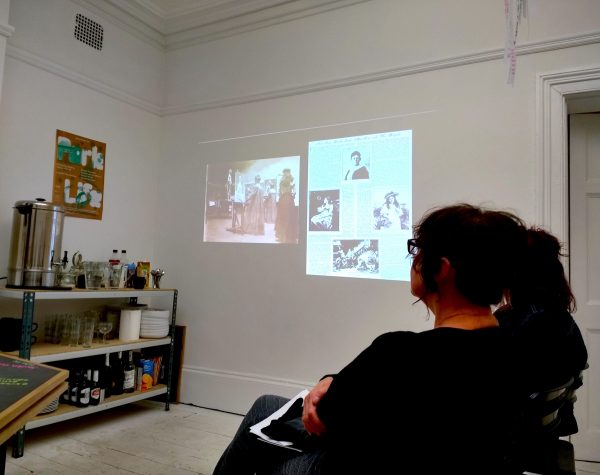 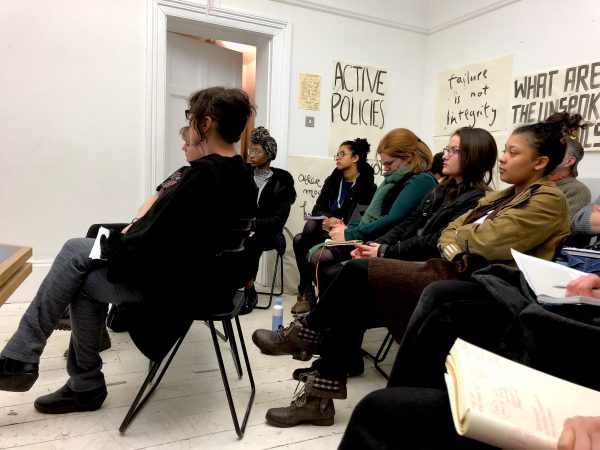 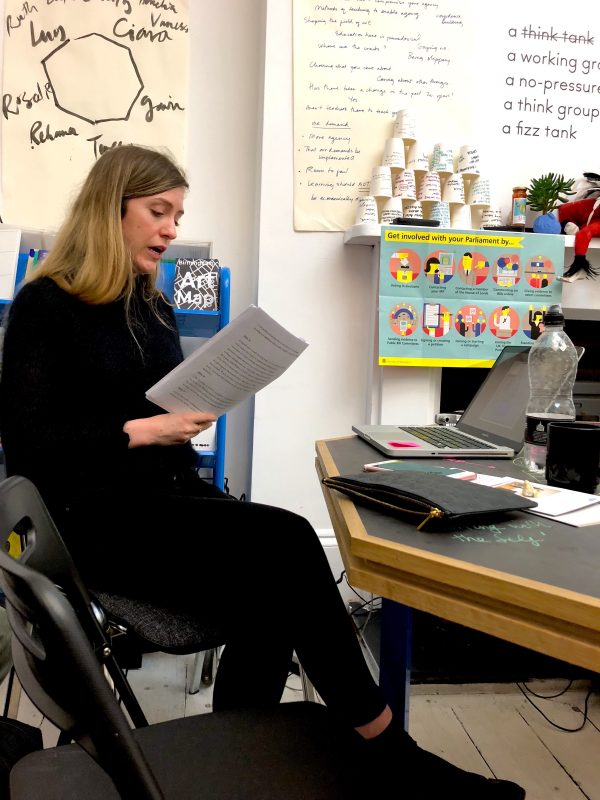 Zoë Thomas joined us at Eastside Projects and introduced her research into the suffrage movement and the role that the arts played.

She explored the central role that artistic women and men – from jewellers, portrait painters, embroiderers, through to retailers of ‘artistic’ products – played in the suffrage campaign in Britain. As political individuals, they were foot soldiers who helped sustain the momentum of the movement and as designers, makers and sellers they spread the message of the campaign to new local, national and international audiences, mediating how suffrage activism was understood by society at large.