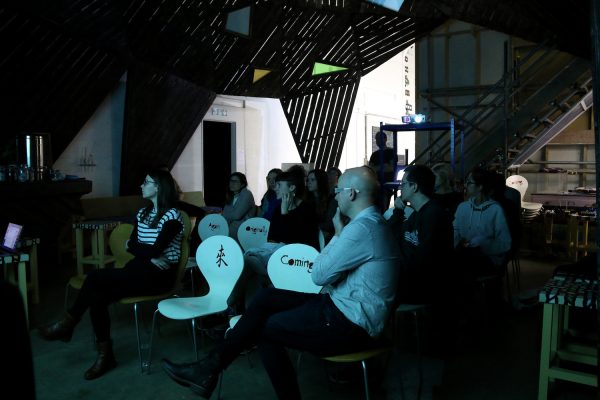 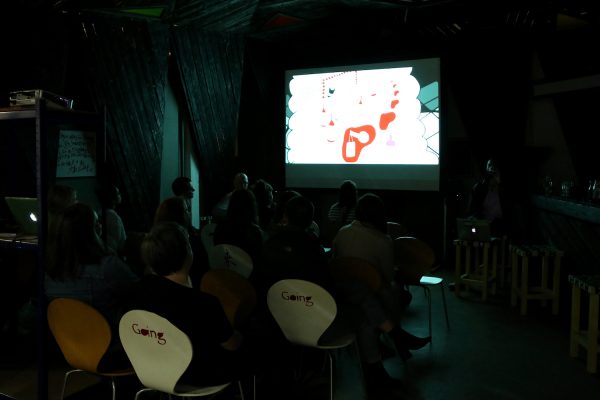 Join artist Hardeep Pandhal as he raps about his practice, current projects and the new works he’s making as part of Production Show.

Hardeep Pandhal’s Nightmare on BAME Street is a developing animation, comic, knitwear and rap tour de force. Birmingham born, Glasgow based, Pandhal is developing new knitted work in collaboration with his mother, a new comic animation and a reading list, based primarily on written experiences and mythologies surrounding motherhood across a variety of cultures. The production methods Pandhal adopts and the broader historical influences in his work are directed towards creating provocative viewing experiences that blur the categories of social realism and psychedelia.

Taking the use of rhythmic narration and beat-based backdrops that feature in his Nightmare on BAME Street animation, Hardeep will bring these methods of expression and styles of delivery into the gallery in a performative artist talk with live music.

For one night only!

Born in Birmingham, Hardeep Pandhal now lives and works in Glasgow, having graduated with an MFA from the Glasgow School of Art in 2013 with the support of a Leverhulme Scholarship award. He was selected for Bloomberg New Contemporaries (2013), the Glasgow International Open Bursary (2013), the Catlin Art Guide (2014) and the Drawing Room Bursary Award (2015). Recent shows include a solo show ‘Hobson-Jobson’ at Collective Edinburgh (2015) and groups shows ‘The Vanished Reality’, Modern Art Oxford (2016) and ‘Nothing Happens’, Twice: Artists Explore Absurdity’, Harris Museum, Preston (2016). 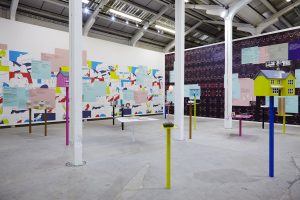 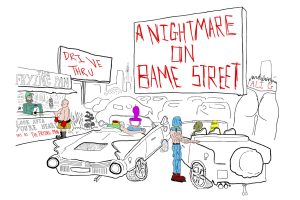