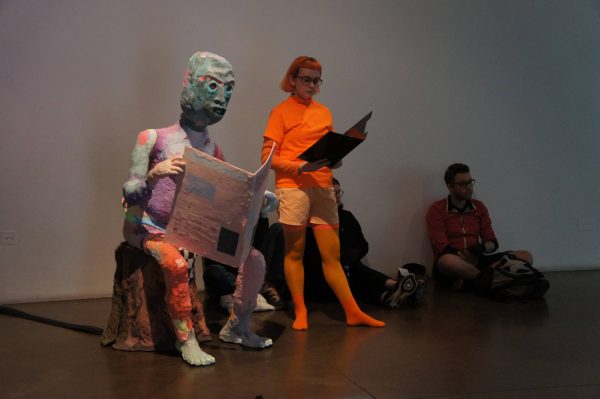 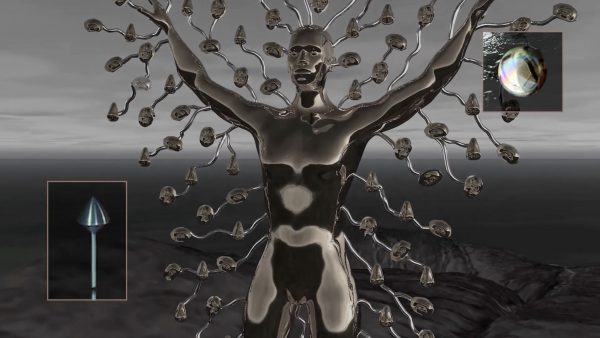 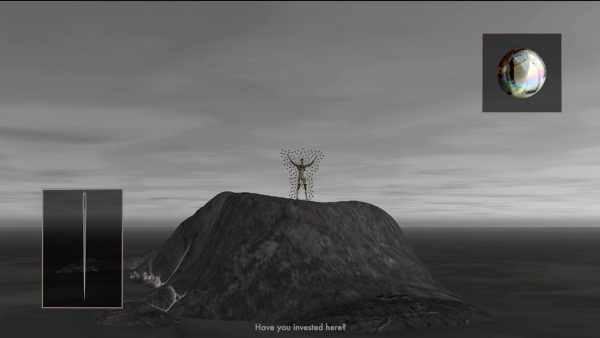 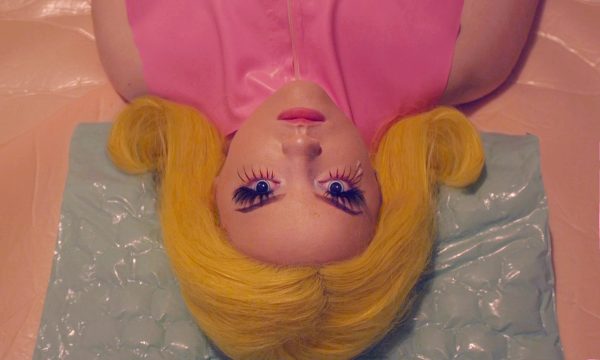 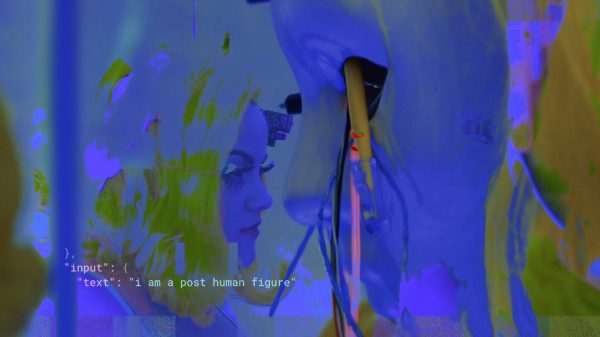 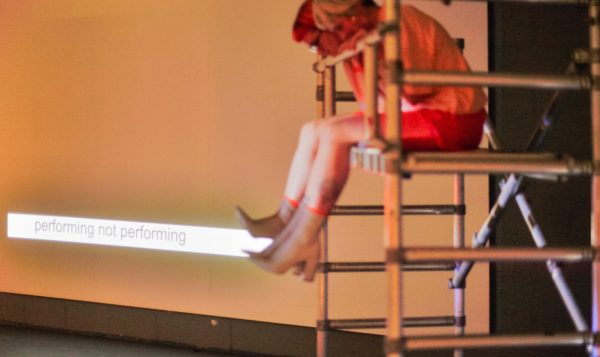 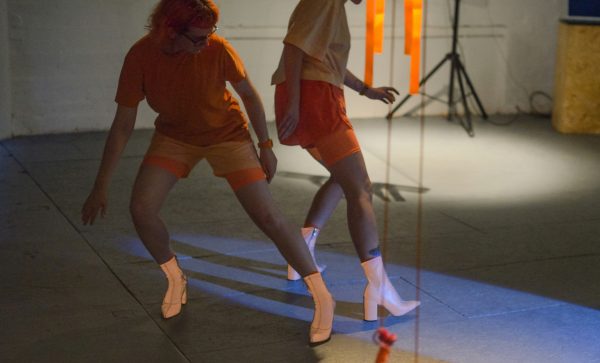 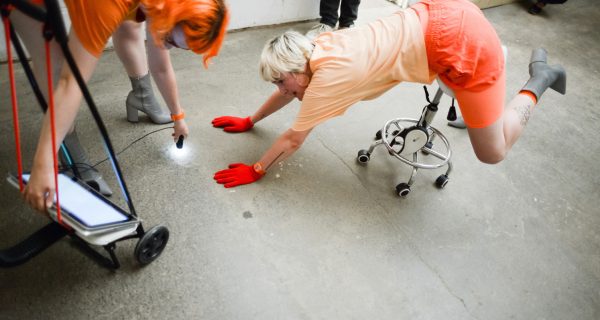 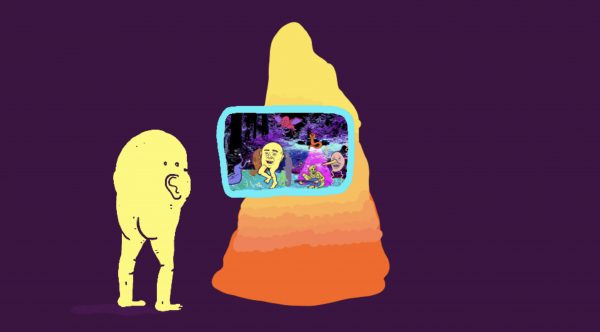 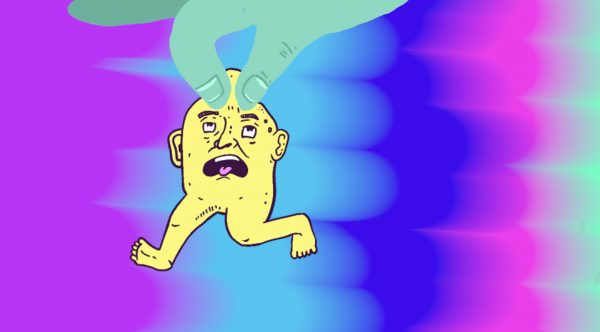 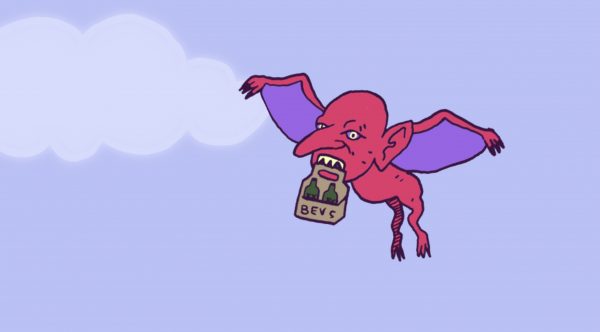 Members of EOP are going to showcase new performance, sculptural and video work as part of Artlicks festival in London, hosted by South London Gallery.

The works, selected from this year Summer Camp and Summer Crit Club, are rich propositions exploring alternatives realities and digital dystopias and offer multiple readings of the Artlicks 2019 overarching theme of Interdependence.

I Exist On The Internet is a new experimental video work commissioned by
Vivid Projects that explores how we live online through our ‘digital
selves’. Utilising her internet conceived alter ego, Ambie Drew examines
a fragmented existence in the synthetic digital realm. We exist in a
human body, but what does it mean to exist online? What is artificial
and what is authentic when manipulating ourselves through the filter
that is the world wide web? Visualising the interdependence between our
consumption of data and our physical and digital identities and more
specifically, the third space in between the two. We thought there were
windows but actually it’s made of mirrors.

Act 1, Constructing the Powerhouse is a computer-animated video which acts as a starting point for a larger project informed by Lucy Hutchinson’s research into the relationship between 17th witchcraft and The Northern Powerhouse initiative. The work draws connections between regionalism, printmaking, biotechnology, and magic; and uses multiple voices and perspectives interdependently to create a speculative future at a site in the North of England.

Emily Roderick and Emily Warner present exxxtteeenssioon, a new collaboration, a performance that translates and tangles their artistic processes. Blending and building, spewing out and fixing up, they ask how do we resist the systems that orientate and inform us? Performatively exploring the capacity of their attention, Emily and Emily point their interests toward physical adaption, digital dysfunction and the reductive structures that frame understanding. Enter the arena for double distraction, agitated scrolling and orange overwhelm, by the artist tandem who are performing out of synch, in connection and occupied with a reflection. exxxtteeenssioon was originally commissioned by Vivid Projects, Birmingham.

Wormhole is the first collaborative animation between Luke Routledge, Phoebe Rutter and Rachel Rutter. The work uses hand drawn animation to expand one of the possible worlds populated by Routledge’s bizarre characters. Based around parallel universes and their potential connections, as well as the concept of interuniversal travel; the circular tale combines medieval folklore with sci-fi tropes to create a darkly humorous cartoon strange loop.

Ambie Drew is a filmmaker based in West Midlands, UK. Her practice
explores gender and identity in the digital age. She does this through
the construction of her alter ego, who exists to achieve synthetic
perfection in an online reality. Playing on an amplified, kitsch and
stereotypical femininity that analyses the consumption of beauty through
an objectifying female gaze to capture the visceral and grotesque nature
of feminine rituals.

Lucy Hutchinson is a visual artist based in London, she has a research-based practice which looks at the relationship between technological histories and futures, the occult, economics and the body. Working in CGI, 3D printing, moving image and drawing she uses multiple visual tools to challenge the status quo; Often working with other areas of expertise such as academics, scientists, engineers, writers and designers to create metaphors, stories and interventions in order to understand complex realities.

Emily Roderick amalgamates the body and technology, enjoying their clunky relationships and addictive entanglements. Playing with these combinations, Emily uses performance as an output where her newly formed relationships are played out. Cameras claim attention, screens split your focus and cables corrupt your movement. Originally from Warwickshire and based in London, Emily has shown work at Ex-Baldessarre, Tate Exchange and MK Gallery.

Luke Routledges practice focuses on the creation of sculptural works of figures, creatures and objects to populate a speculative fictional universe. The work draws upon art history, philosophy and contemporary culture to define this possible world and its theatrical inhabitants, placing them in a landscape simultaneously ancient and futuristic.

Emily Warner is an artist, performance maker, and facilitator. Prioritising process and collaboration she devises performative work that examines the interplay between body, movement and language. Tackling abundance and multiplicity with playful misrecognition, her work explores the reductive structures that shape functionality, pointing attention toward narratives that emerge from the periphery. Working between Birmingham and London, online and offline, Emily has received commissions from Eastside Projects, Ikon Gallery, Fierce Festival and the University of Birmingham.