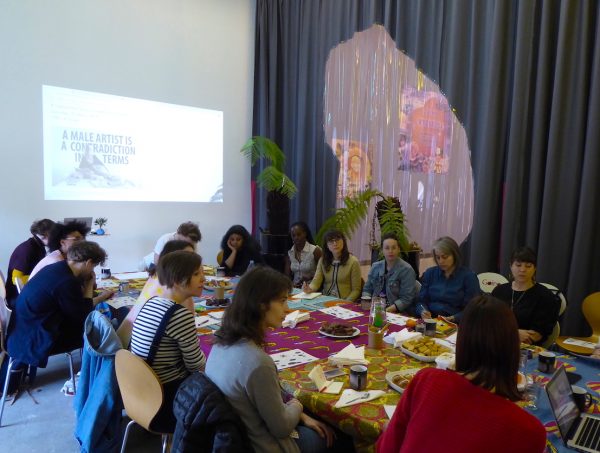 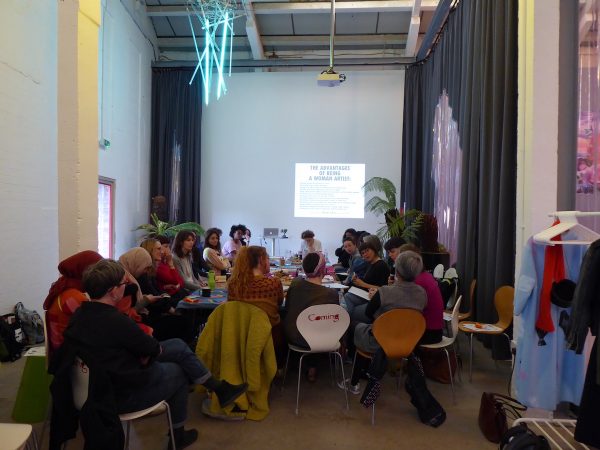 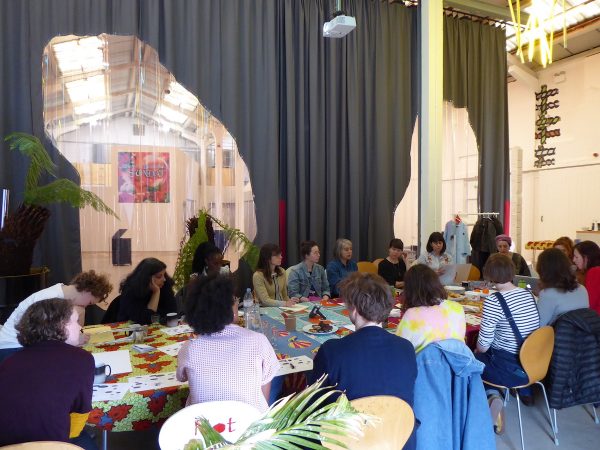 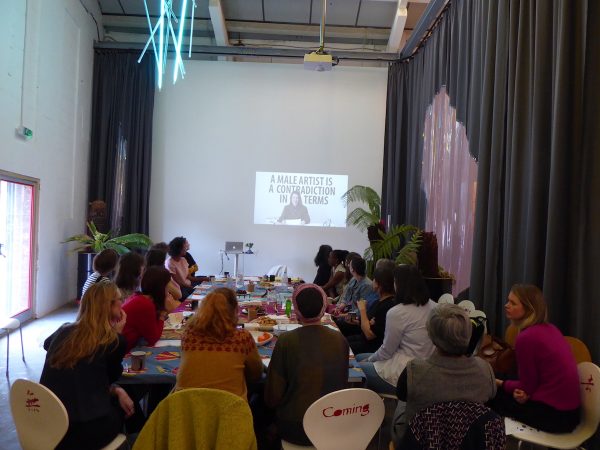 Over half a century has passed since the publication of Valerie Solanas’ SCUM Manifesto. Taking its cue from Chiara Fumai’s rendering of the radical feminist manifesto, this panel discussion attempts to unpack the complexities of being a non-male artist and the ways feminism can act as an antidote in an inherently patriarchal art system.

The panel will act as an open forum for discussion, chaired by Eliza Gluckman, curator and deputy director of the Government Art Collection, with panellists Daria Khan and Rosalie Schweiker. The  panellists will be invited to channel their chosen feminist artist or theorist by sharing a contribution from them, summoning the varied voices of feminism. These contributions will be the starting point for the conversation that will follow, please feel free to listen and bring your own thoughts and experiences to the discussion.

The panel discussion is programmed by The Ultras.

Thank you to The Church of Chiara Fumai for letting us engage with Fumai’s work as part of the event.

Established in 2018, The Church of Chiara Fumai is the organization in charge of preserving and promoting the artist’s memory, archive and estate. Its founding members are Chiara Fumai’s mother and heir Liliana Chiari, curators Francesco Urbano Ragazzi and Milovan Farronato, artist Rossella Biscotti and collector Michele Spinelli. The scientific committee of the institution is chaired by Carolyn Christov-Bakargiev and counts curator Mark Kremer and philosopher Marco Pasi among its members.

The Church of Chiara Fumai believes in the values of radical feminism, discipline and queer cultures.

Eliza Gluckman was Curator of the New Hall Art Collection at Murray Edwards College, University of Cambridge, the largest collection of works by women in Europe, and A Woman’s Place Project (Day+Gluckman) before taking up the role of Senior Curator and Deputy Director of the Government Art Collection in April 2018.  She has an MA in Fine Art (University of Edinburgh) and Curating Contemporary Art (Royal College of Art), working in diverse arts environments over the past 20 years. As part of independent curatorial partnership Day+Gluckman, she programmed a central London gallery for 8 years and initiated and curated Sinopticon, in collaboration with the V&A and National Trust looking at contemporary art and chinoiserie. She is a trustee for Block 336, an artist-run space in Brixton, South London.

Daria Khan is an independent curator, who graduated from the Curating Contemporary Art MA at the Royal College of Art, London in 2013. She is a founder and curator of Mimosa House (mimosahouse.co.uk), a new independent non-profit project space in London. Her exhibitions and projects appeared at MAST foundation, Bologna; the Austrian Cultural Forum, London; Photographers Gallery, London; Freiraum 21 International, MuseumsQuartier Vienna; the 5th Moscow Biennial, Moscow; Spazio Carbonesi, Bologna. She contributed as a speaker at the Exhibitions’ Histories Symposium, 2014 at Centre Georges Pompidou, Paris. Daria was a curator in residency at the MuseumsQuartier, Vienna, 2015 and at the Palais de Tokyo, Paris, 2016. She was a speaker and visiting curator at the School of the Art Institute of Chicago in March 2017; and took part as a speaker at the Art Week at the Christ Church, Oxford University in February 2019. 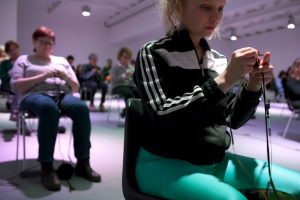 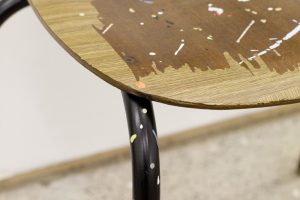